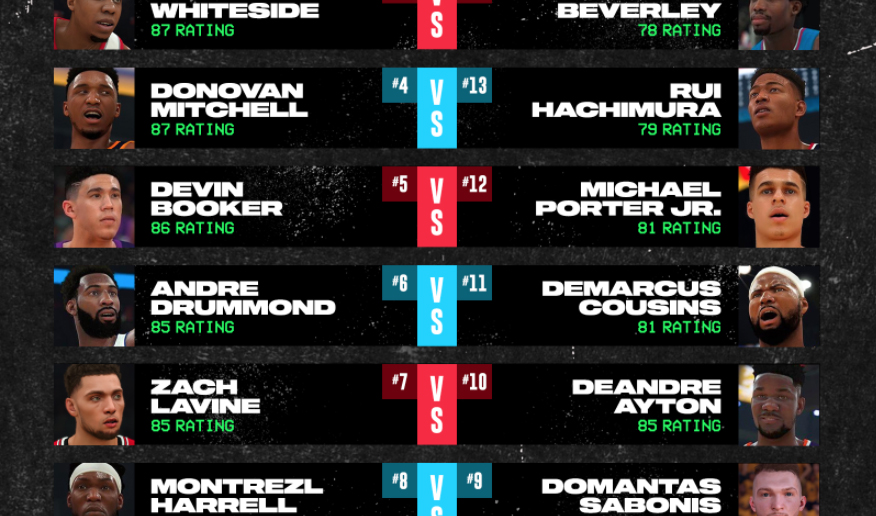 Cleveland Cavaliers center Andre Drummond will reportedly be pitting his NBA 2K playing skills against a host of other NBA players in a tournament-style competition.

.@NBA2K's "Players-Only" tournament will air starting this Friday on @ESPN. Here are the brackets – who do you think is gonna take it all? pic.twitter.com/51ltOfjeqR

“The league hopes to launch the event Friday, with the 16-player tournament lasting 10 days,” wrote Chris Haynes of Yahoo Sports. “It is expected to include stars such as the Utah Jazz’s Donovan Mitchell, four-time All-Star DeMarcus Cousins and two-time All-Star Andre Drummond, among other big-name players, sources said.”

According to the report, the NBA 2K tournament will be applying social-distancing measures as the players will be going up against their opponents in the safety of their own homes.

Though the event is expected to commence in a few days, details of the tournament are still being finalized, according to Yahoo! Sports’ sources.

With the league suspending play a few weeks ago due to the coronavirus pandemic, a tournament amongst NBA players will surely generate renewed interest in the game.

Drummond is a part of a generation of players who regularly play video games in their spare time, and his skills as a gamer will be put on display this week.

The three-time rebounding champion has an 85 overall rating in NBA 2K20, and his archetype is “Paint Beast,” owing to his dominance as a post player in the league.

For the 2019-20 season, Drummond is averaging a career-high 17.7 points per game, and he leads the league with 15.2 rebounds a night. He came to the Cavs in a blockbuster trade with the Detroit Pistons last February.