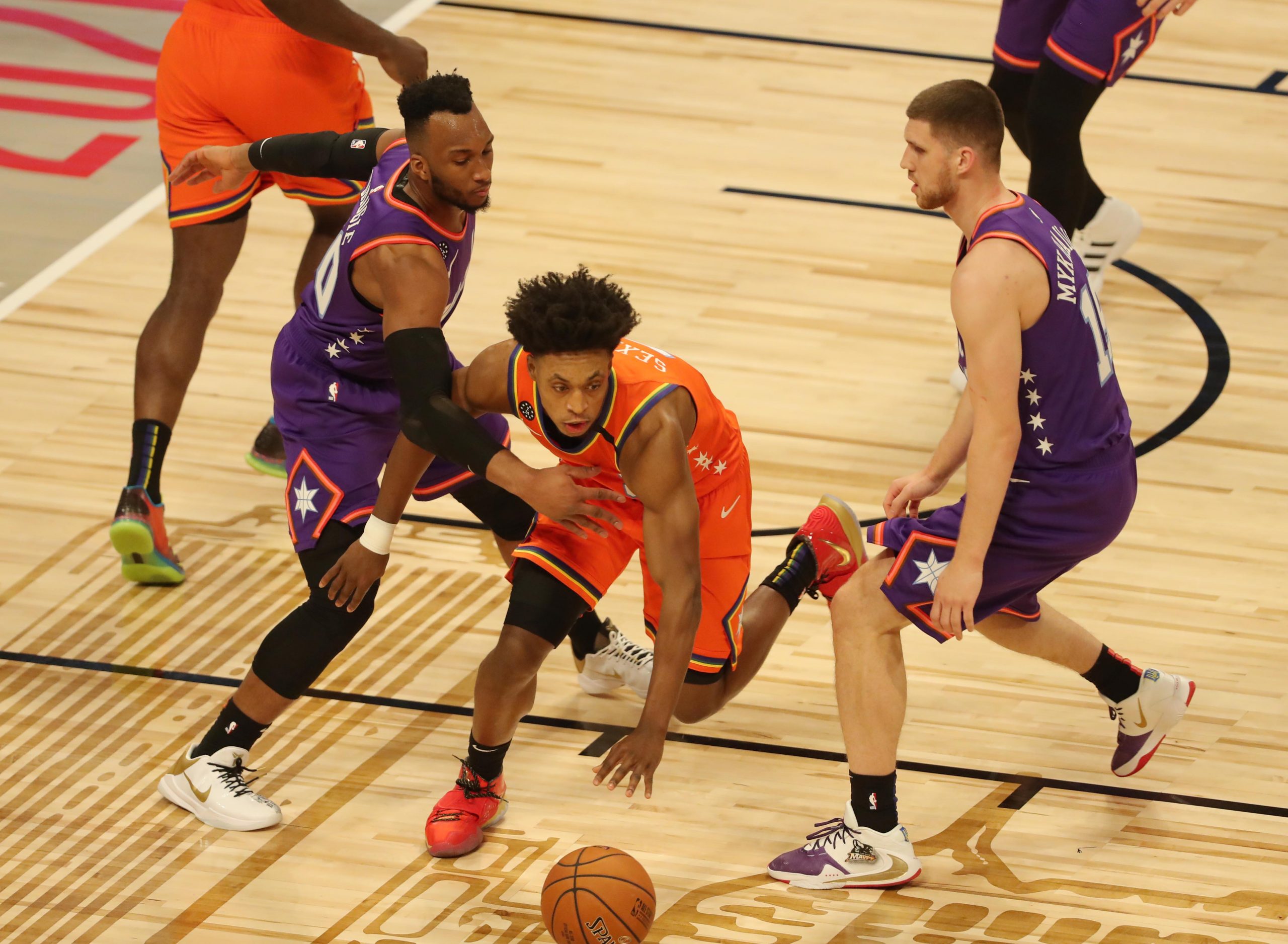 The Cleveland Cavaliers are widely considered to be one of the most downtrodden teams in the NBA right now.

However, that does not mean that the Cavs don’t have a potentially bright future.

Part of that positive outlook is thanks to second-year guard Collin Sexton.

In a recent interview with Alex Kennedy of HoopsHype.com, Sexton himself believes that he has continued to improve all over the court since entering the NBA last season.

“A lot. A lot. It’s night and day,” Sexton said when asked about the development of his game since entering the league. “I feel like I’ve gotten better in pretty much every aspect of the game and I’m just going to continue to work, continue to get better, continue to watch film and continue to do all of the little things that are going to help me in the long run.”

Sexton certainly has his fair share of doubters. In fact, he wasn’t even added to the Rising Stars Game roster until an injury to Miami Heat rookie Tyler Herro left one spot open.

Despite the near snub, Sexton has undoubtedly shown major improvements this season compared to his rookie campaign.

So far this season, he is averaging 19.8 points, 2.7 assists and 3.2 rebounds per game. While his assist numbers are down this season, his recent performances have indicated a major uptick in that crucial category.

In his last five games, the second-year guard is averaging 4.4 assists per game.

Sexton has also shown greater ability and tenacity on the defensive side this season. While he was touted as a defensive pest coming out of the University of Alabama, his slight frame has been a detriment when facing up against larger guards in the NBA.

If Sexton can continue to improve as a defender and passer while maintaining his ability to score from all over the court, there is no doubt that he will remain a major building block for the Cavs as they continue their lengthy rebuild.