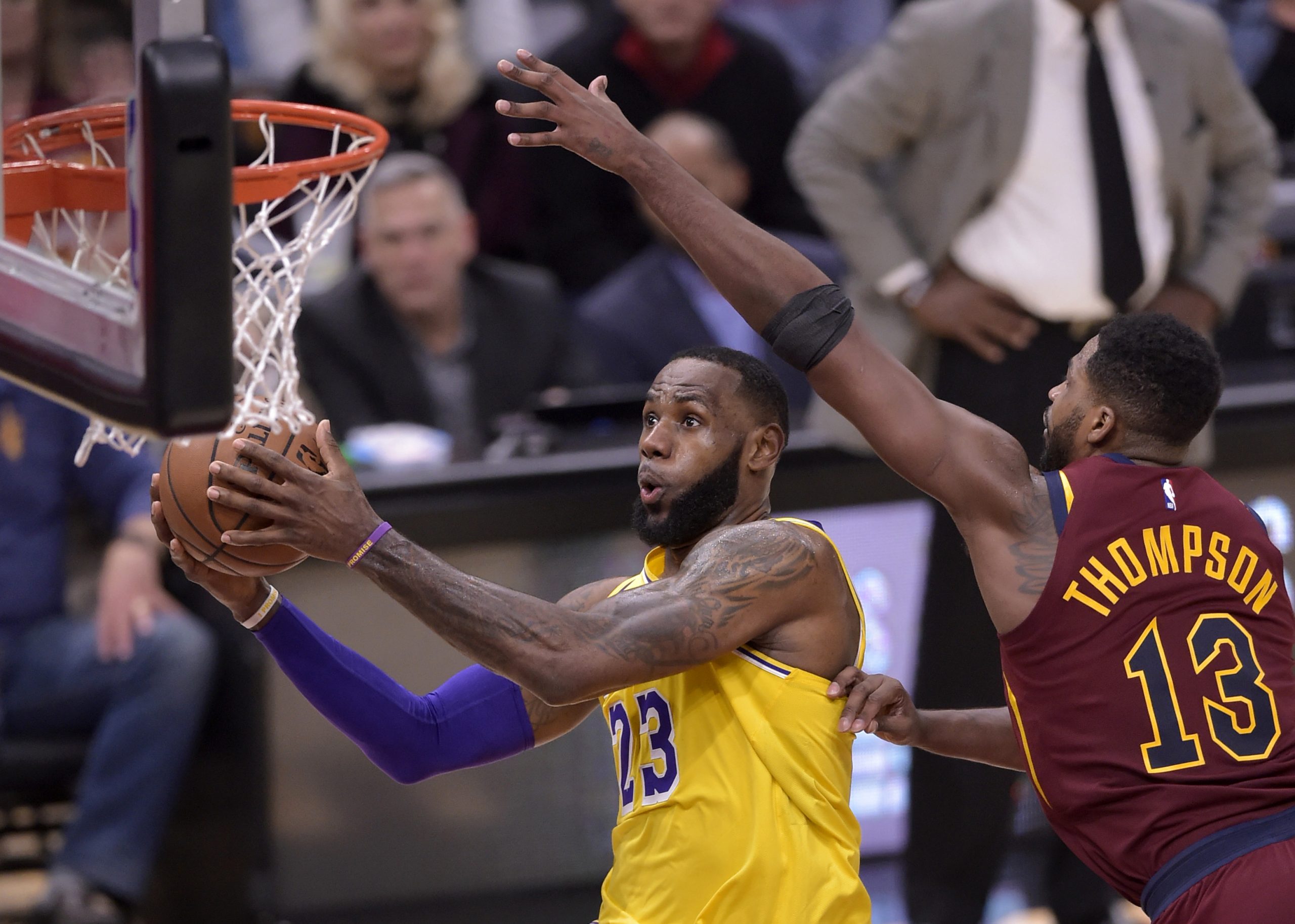 Former Cleveland Cavaliers forward LeBron James is currently in his 17th NBA season, but according to former teammate Tristan Thompson, the future Hall of Famer’s diet shouldn’t be seen as the reason for such durability.

Joe Vardon and Jason Lloyd of The Athletic conducted a poll about James in which players were asked about the superstar. Having played with James for four seasons, Thompson offered an incredulous and blunt assessment of his former teammate’s diet.

“He has the worst f—— diet ever,” Thompson said. “Ask him what he eats for breakfast. He has like five french toast, drowns it in syrup with strawberries and bananas. Then he has like a four-egg omelette and then he goes and just fucking dunks on somebody. It doesn’t make sense.

“He eats desserts with every meal. He’ll come with his one-week diet, vegan crap, but he literally eats like it doesn’t make sense. He’s really a specimen. He eats like shit. I remember one year I tried to eat like he ate and it just didn’t work out. I started gaining weight and said, ‘Fuck this.’ I mean it works for him. He loves sweets. He loves sweets. He eats desserts and French toast. It’s crazy how his body just burns it.”

That information is a drastic contrast to the description by James in December 2016 of his diet and workout routine.

Yet, such excess while dining isn’t affecting James at all this season, his second with the Los Angeles Lakers. In 51 contests, James is averaging 25.0 points, 10.8 assists and 7.8 rebounds per game, numbers that are similar to his career averages.

While James is listed as 6-foot-9 and 250 pounds, that weight is primarily sculpted muscle that’s been honed over the years, which has often led him to becoming an unstoppable force on the court.

The 28-year-old Thompson has bounced back this season after a pair of injury-plagued campaigns. He’s played in 50 of the Cavaliers’ 54 games this season, returning to his past history of durability, though his status with the Cavs beyond this season remains in doubt.

Whether Thompson’s able to still contribute at the same level at James’ current age of 35 is also a question mark. However, it’s clear that Thompson’s attention to his diet in the years ahead will have to be more rigorous than it has been for James.