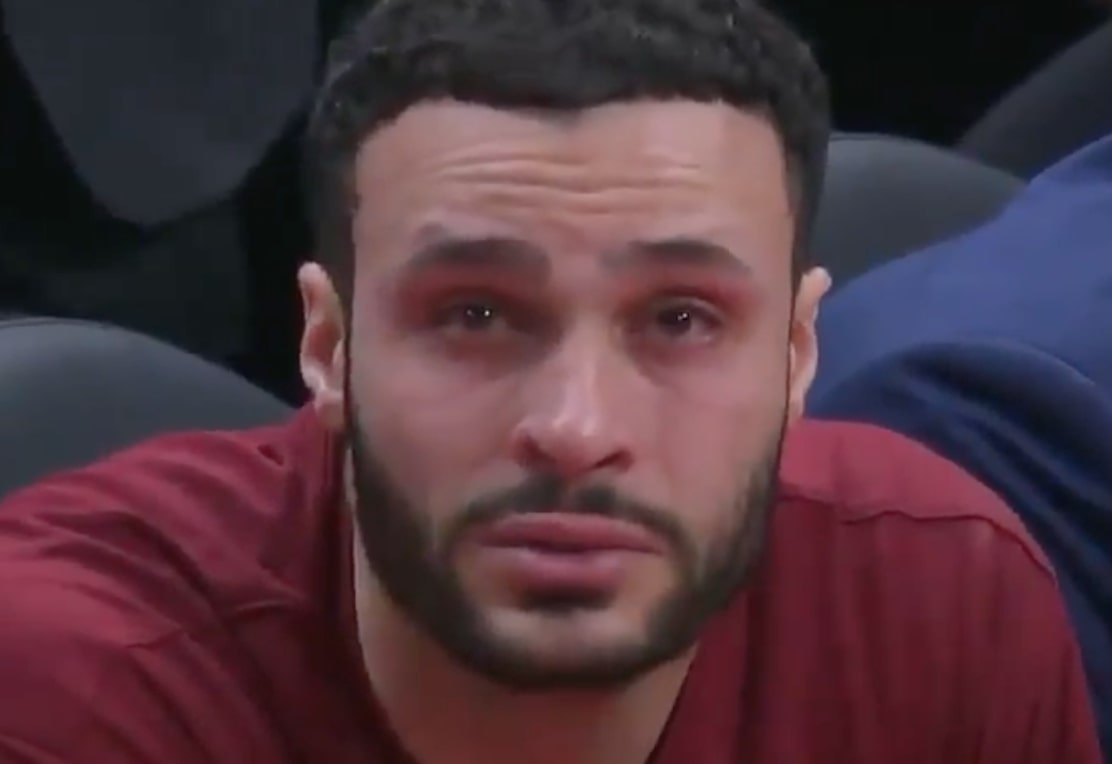 NBA games all over the country are being played on Monday night, with tributes to Los Angeles Lakers star Kobe Bryant coming in all shapes in sizes.

During the Cleveland Cavaliers’ matchup with the Detroit Pistons, a moment of silence was held to honor Bryant’s memory.

Shortly after that moment of contemplation, Cavs big man Larry Nance Jr. was seen with tears in his eyes.

Then, early in the first quarter of the game, he took himself to his team’s locker room to regain his composure.

Larry Nance Jr. went back to the locker room to regain his composure after the Pistons honored his former teammate, Kobe Bryant.

Nance played on the Lakers during Bryant’s final season in the NBA. Despite that short time together, the two built a bond that clearly had a huge impact on Nance.

Earlier on Monday, Kelsey Russo of The Athletic wrote about Nance’s relationship with the late NBA great.

“He was just such a huge part of my story as a basketball player, as a person,” Nance said.

Nance went on to reveal that Bryant had texted Nance shortly after Game 1 of the 2018 NBA Finals.

“Seeing a text from Kobe Bryant, ‘Stick with it, just one game. You got this.’ I mean, come on,” Nance said. “He didn’t have to do that. I’m sure whatever made him think of me is just what I’m so thankful for, those moments that … I just played the biggest game of my life and my career and lost it. And coming back to the locker room and seeing that text was like, ‘It’s all good, I’ll be fine. Next game, can’t wait.’”

Given the clear impact that Bryant had on Nance, it is not surprising to see these raw displays of emotion.

Hopefully, the big man will get some much-needed comfort from getting to play the game that Bryant loved so much.