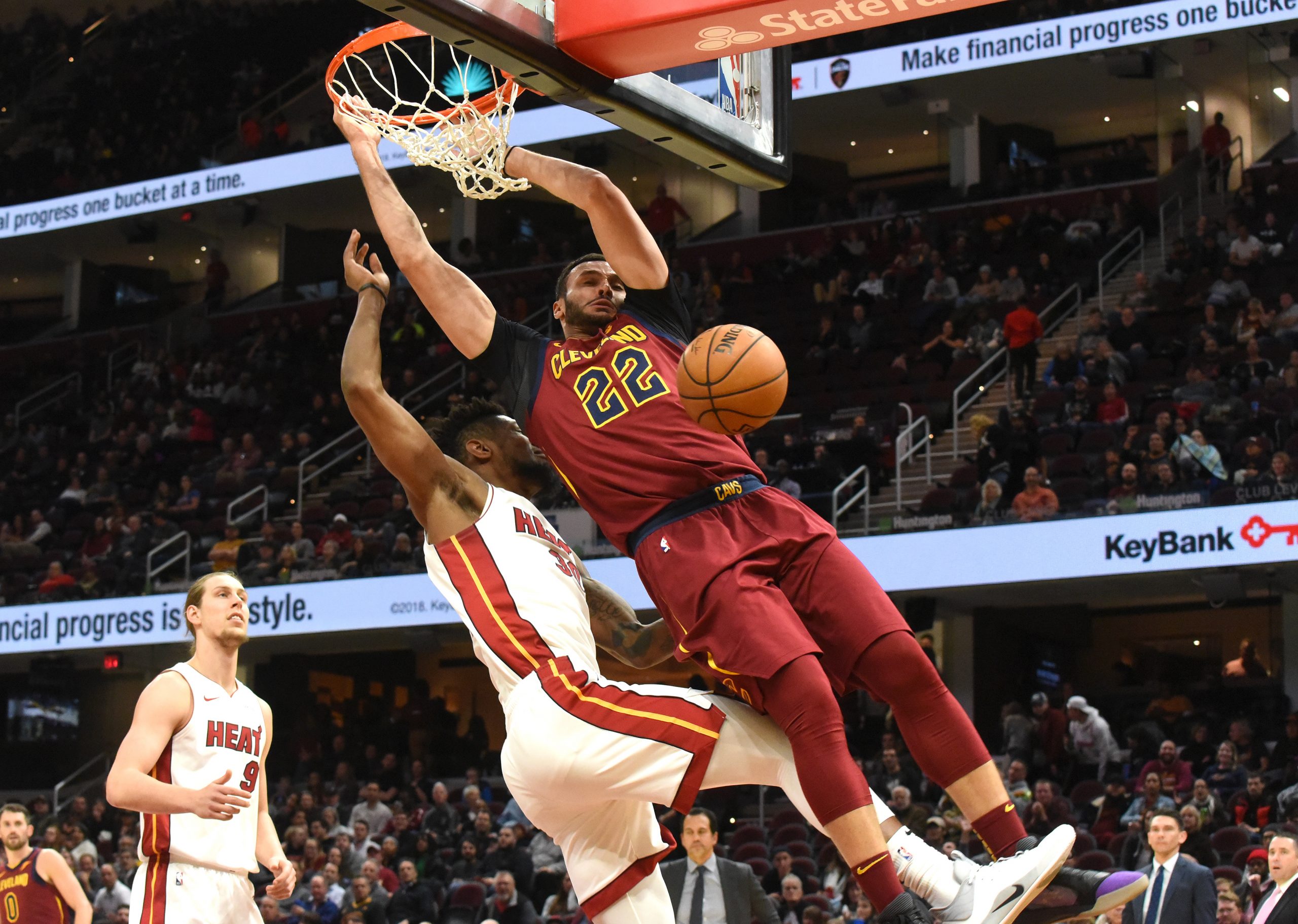 The immediate status of the Cleveland Cavaliers’ Larry Nance Jr. is uncertain after he re-injured his left thumb during Thursday night’s home loss to the Miami Heat.

According to league sources, due to the severity of the injury, Nance will be meeting with a hand specialist on Saturday.

Nance first suffered the thumb injury during a Nov. 3 home loss to the Dallas Mavericks. Since that time, he’s been playing with his thumb heavily wrapped.

Prior to meeting with the specialist, Nance underwent an evaluation on Friday. However, no update on the veteran’s status for Sunday’s home game against the Philadelphia 76ers will be given until the specialist is able to assess the injury.

Chris Fedor of Cleveland.com described the circumstances of how Nance’s newest issue developed. The injury took place during the fourth quarter of the Cavaliers’ 108-97 loss.

“After Kevin Porter Jr. stole the ball from Duncan Robinson, he passed ahead to Nance who had a step on Chris Silva in transition,” Fedor wrote. “As Nance gathered and went up for a two-handed dunk, Silva seemed to smack Nance’s left hand from behind. Visibly in pain, Nance clutched his left thumb before exiting the game, going back to the locker room with trainer Steve Spiro. Nance returned to the bench about midway through the final period, but didn’t re-enter.”

Despite the concern, Nance didn’t appear to be too concerned following Thursday’s game. He had a more serious issue while playing for the Los Angeles Lakers in November 2017, when he suffered a broken bone in his left thumb that required surgery.

“Pretty painful. I will be all right,” Nance said. “Going to get some treatment now so we will know more later.”

This season, Nance is averaging 9.5 points and 7.0 rebounds per game, compared to his averages per game last year of 9.4 points and 8.2 rebounds.