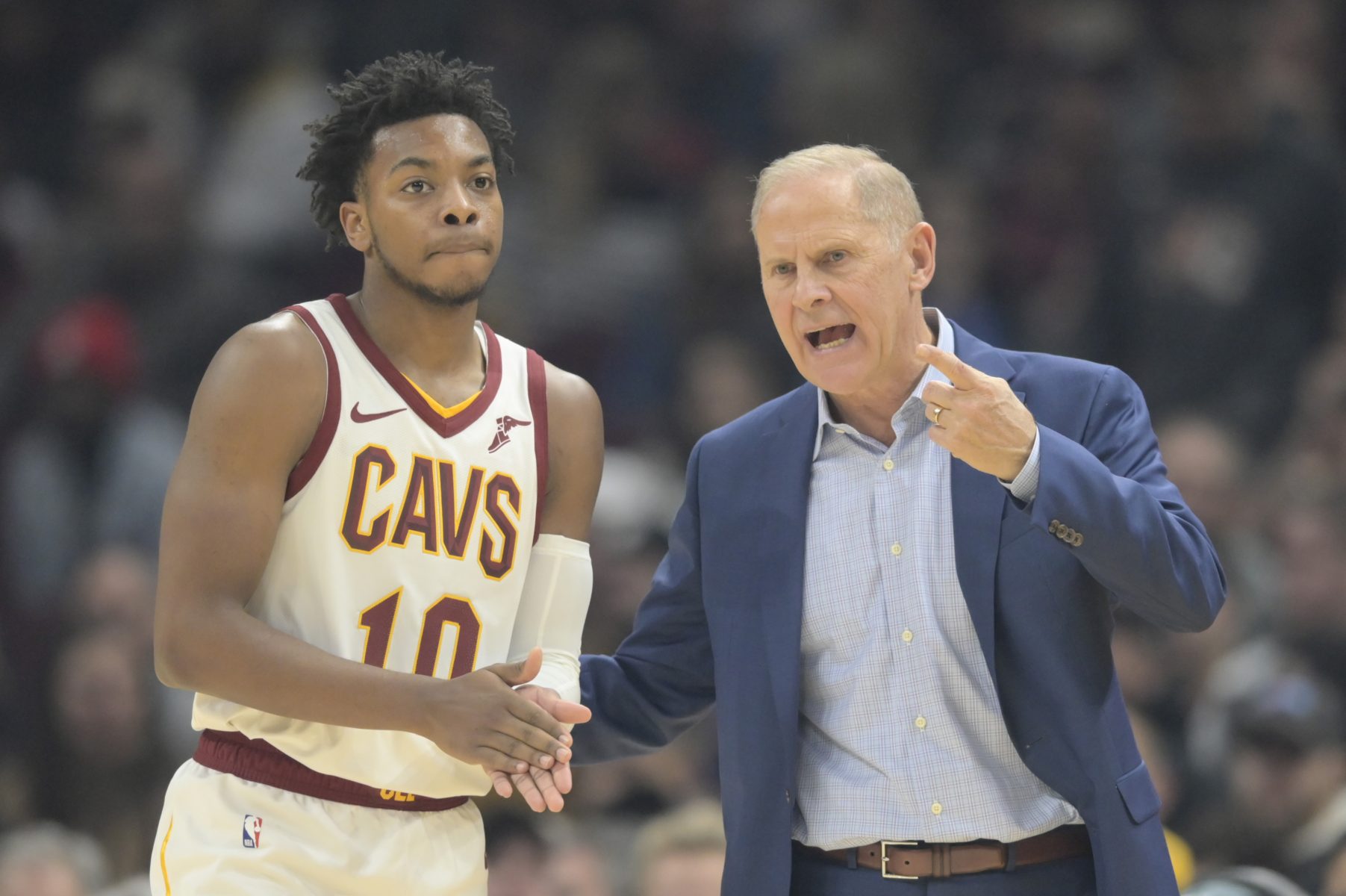 Through seven games, Garland has often appeared overwhelmed by the speed of the game, and the responsibility that he has held as the team’s starting point guard. However, Cavs head coach John Beilein is not discouraged by the struggle.

“What he’s hesitant about right now is shooting a wide-open shot and playing too much off-the-dribble,” Beilein said after practice. “We’ve got to add…one of his real trademarks is being able to shoot a catch-and-shoot three. He has exceptional numbers with that in practice, so that’s what he’s got to play off of instead of dropping the ball.

“He’s learning it. We’re watching film endlessly with him on the side trying to teach him these things. And sometimes, it’s only a matter of *this far* you overpenetrate it by *this far.* Try to find the key spots on the floor where he’s got to make decisions.”

So far this season, Garland has averaged 7.6 points and 3.3 assists per game. He has also been shooting at a dreadful clip of 29.2 percent from the field and 25.9 percent from three-point land.

Those numbers are sure to improve as he continues to gain comfort and confidence at the NBA level. He just has to continue doing the work that his coaches expect from him so that he can apply what he achieves in practice to the court during games.

Beilein seems to have a fantastic plan to help Garland along. With supportive teammates around him and a young backcourt mate who knows the growing pains that come with a rookie season in Collin Sexton, it seems likely that Garland will be able to turn a corner quite soon.