Brad Stevens Heaps Praise on John Beilein, Says He Will Thrive in Cleveland 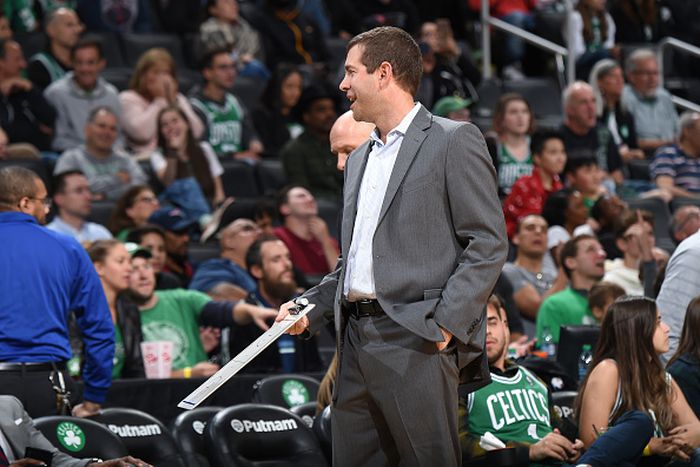 Six years ago, Brad Stevens left Butler University to become the new head coach of the Boston Celtics as they started to rebuild for the future.

Now, John Beilein is in a similar situation with the Cleveland Cavaliers, and Stevens feels like Beilein will do just fine.

“He’s a great coach, does a lot of fun things and he’s a great person,” Stevens said prior to Sunday’s Cavs-Celtics preseason game. “We served on a lot of committees together in the NCAA. I’ve said this about many people, but when you were recruiting against John Beilein you knew it was a fair fight, a real fight and he was going to do it the right way. I have a lot of respect for John. He’s a heck of a coach and he will do a great job in Cleveland.”

Stevens and Beilein have something of a relationship. They initially talked last summer as Beilein was considering becoming the new head coach of the Detroit Pistons.

In his six seasons at Butler University, Stevens had plenty of success, guiding the Bulldogs to two consecutive appearances to the NCAA national championship game. Although they lost twice, Stevens established himself as a rising young coach, so much so that the Celtics swooped him up in 2013 in lieu of hiring an experienced NBA coach.

Beilein, who is 66 years of age, has had success at every level of collegiate basketball, and he’s one of only ten coaches to take four different Division I programs to the NCAA tournament.

Most recently, he got his University of Michigan Wolverines to the NCAA championship game in 2018, only to fall to Villanova University.