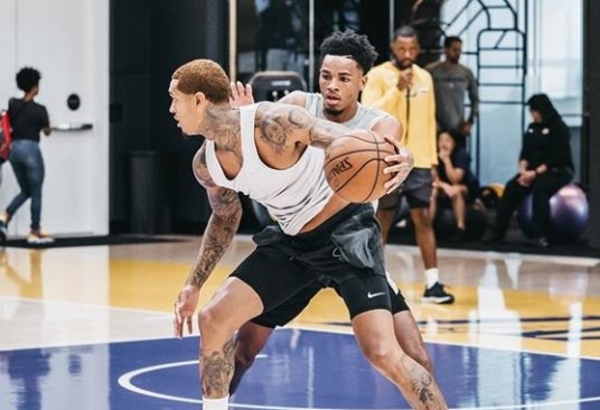 New Cleveland Cavaliers head coach John Beilein is taking over a rebuilding team, which allows for a certain amount of freedom when it comes to sketching out possible lineups.

One new report indicates that Beilein is considering using guard Jordan Clarkson as a small forward during the 2019-20 season.

John Beilein says don't be surprised to see Jordan Clarkson move to the three in some instances. #Cavs

The 27-year-old Clarkson is coming off the best year of his five-year NBA career, which has previously been spent in the backcourt. During the 2018-19 campaign, he averaged 16.8 points, 3.3 rebounds and 2.4 assists per game, coming off the bench for the Cavs.

One drawback to Beilein’s possible implementation of this idea is obvious. At 6-foot-5, Clarkson’s size might not offer much help on the rebounding front. During his previous five seasons, Clarkson’s highest average rebounds per game came during the 2015-16 campaign when he hauled down 4.0 per contest.

However, Clarkson would be able to provide some instant offense, while also allowing Beilein to find playing time for the team’s four young guards. In the latter case, all four have been first-round draft picks within the past two years, making them obvious building blocks for the future.

Clarkson’s own future with the Cavaliers may be on borrowed time, since he can become an unrestricted free agent at the end of this season. He’s scheduled to make $13.4 million for the 2019-20 campaign and is no doubt seeking a steep increase when he’s scheduled to become a free agent next July.

If the Cavaliers are unable to come to terms with Clarkson on a contract extension in the next few months, it seems likely that he’ll be traded. That will officially put an end to Beilein’s experiment, assuming he moves ahead with the plan.