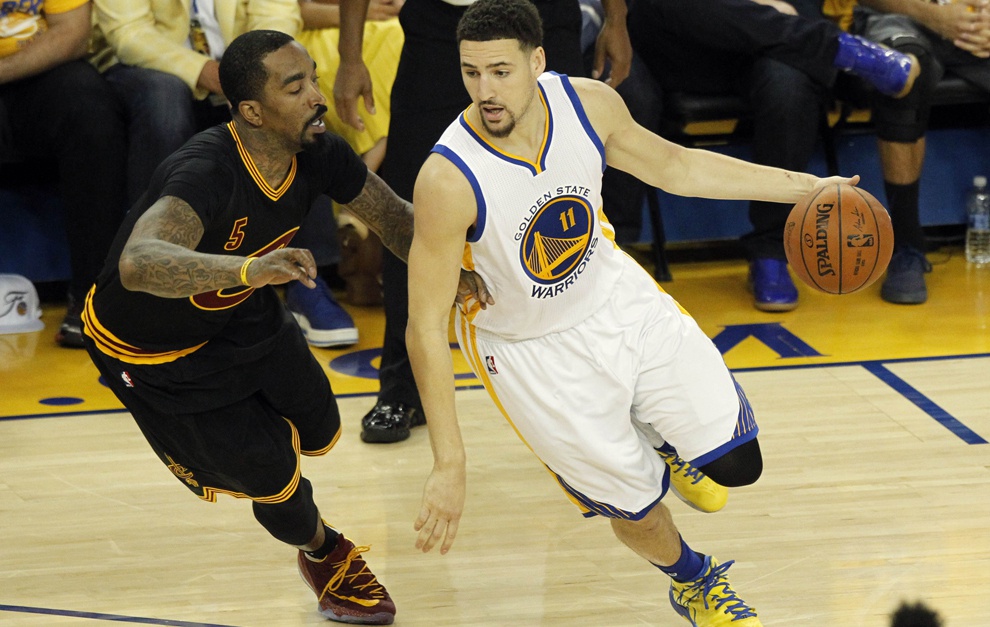 ESPN recently came out with its player rankings heading into the 2019-20 season, and former Cleveland Cavaliers shooting guard J.R. Smith is not happy with where the sports giant placed Golden State Warriors star Klay Thompson.

Thompson, who is currently rehabbing a torn ACL he suffered in the 2019 NBA Finals was ranked as the 49th best player in the NBA.

It’s #NBARank season ? Link in bio for our experts’ rankings.

Smith could not believe it, and sounded off in the post’s comments section. 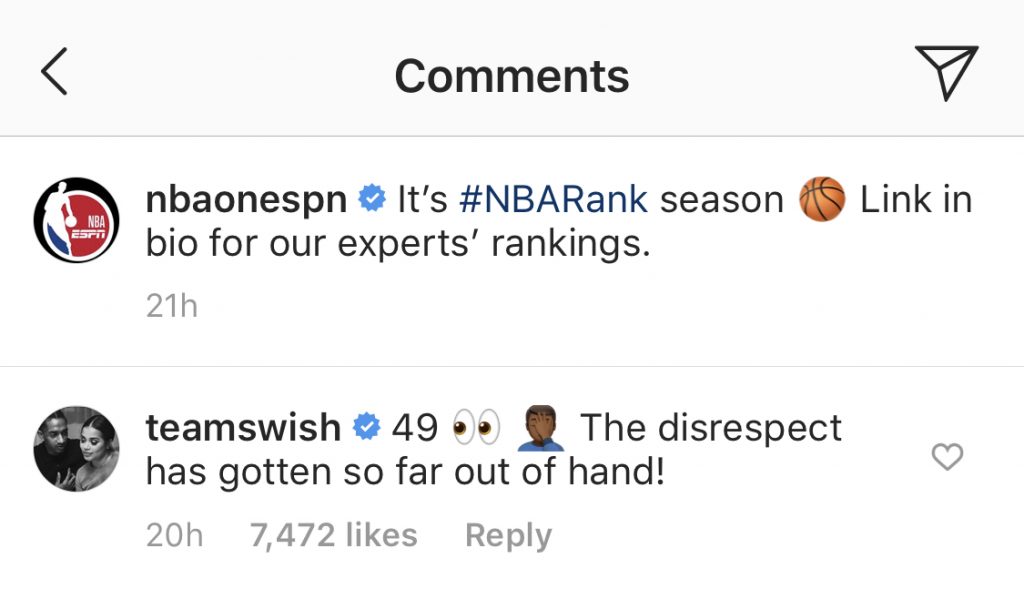 While Smith doesn’t mention it, one of the oddest aspects of this specific section of the ranking is that No. 1 overall draft pick Zion Williamson is not only ranked higher than Thompson, but also ranked higher than other NBA stars such as DeMar DeRozan and Cavs big man Kevin Love.

While Williamson is an exciting prospect without a doubt, it seems incredibly odd to rank him higher than players who have proven year in and year out to be star caliber players.

It is likely that Thompson’s injury played a role in his middling rank. Last season, he had averages consistent with the rest of his impressive career, averaging 21.5 points per game on 40.2 percent shooting from beyond the arc.

As for Smith, he’s still hoping to suit up this season at all. Ever since he was released by the Cavs earlier this offseason, the market for the veteran guard has been non-existent.

It’s quite possible he won’t receive any phone calls until injuries start piling up around the league.