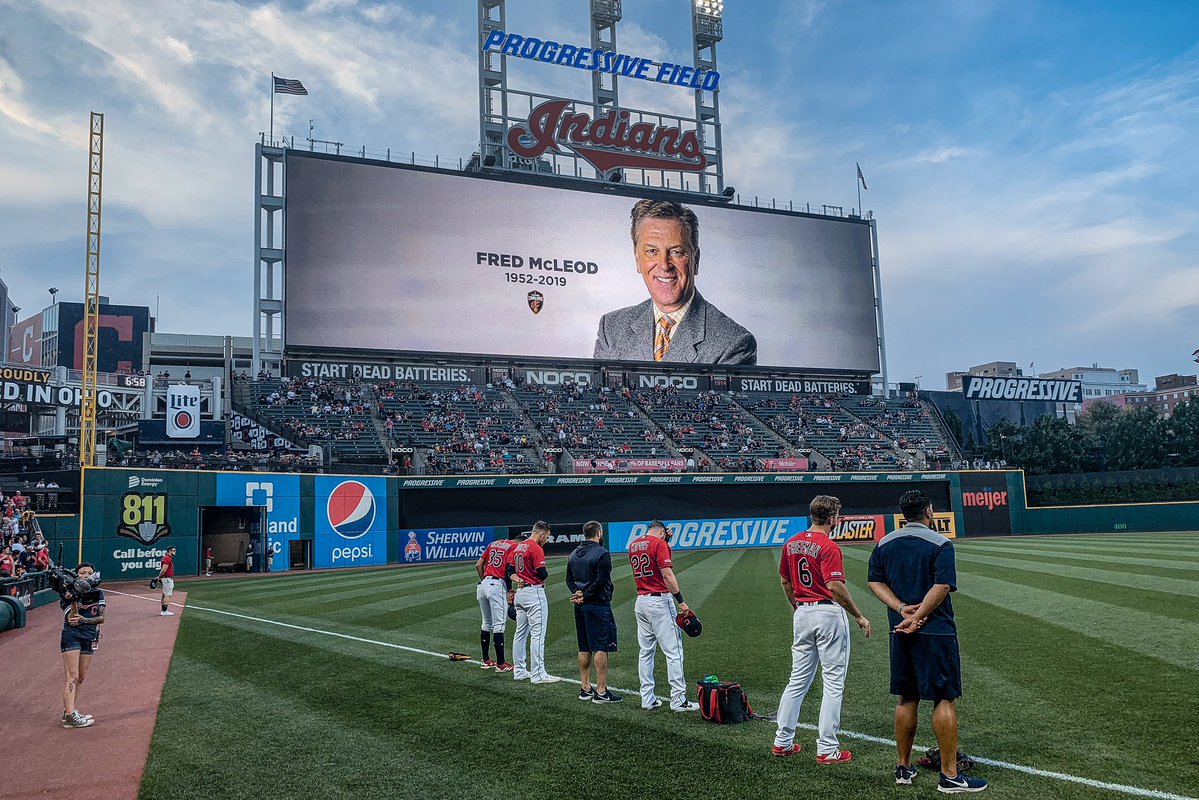 The death of Cleveland Cavaliers broadcaster Fred McLeod on Monday sparked an outpouring of tributes from people and organizations across the country.

On Friday night, the Cavaliers’ next door neighbors, the Cleveland Indians, took time to pay tribute to McLeod with a moment of silence prior to their scheduled game at Progressive Field on Friday night.

A moment of silence for Fred McLeod.

Thinking of you, @cavs. ❤️ pic.twitter.com/riMDchzzoU

The contest marked the Indians’ first game at home since McLeod’s death. His past connection with the team came back in 1979, when he was part of the franchise’s television broadcasting team for then-local CBS affiliate WJW. At that time, he was also a member of the station’s sports department before leaving for a similar job in the Bay Area.

McLeod found his way back to the Midwest when he became the play-by-play broadcaster for the Detroit Pistons, a job he held for 22 years before becoming the broadcaster for the Cavs in 2006. He was set to begin his 14th year with the team at the time of his death.

Having grown up in the Cleveland area, McLeod was a fan of all Cleveland sports teams. The day before his death, he and his wife Beth were in attendance at the Cleveland Browns’ opening game against the Tennessee Titans on Sunday.