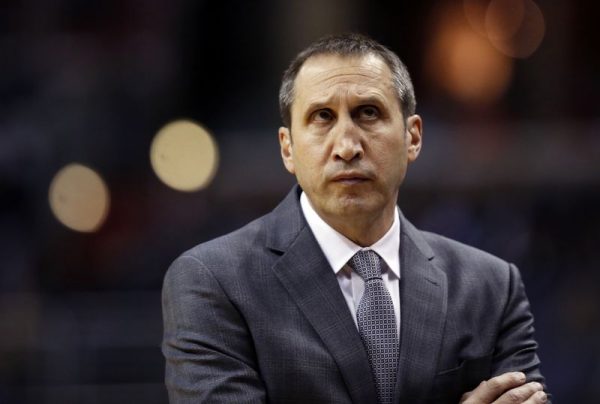 In 2014, former Cleveland Cavaliers head coach David Blatt took on the challenge of coaching a team that evolved from a rebuilding team to a championship contender almost overnight.

However, he’s now facing a much more serious challenge regarding his health after announcing that he’s battling multiple sclerosis.

Olympiacos head coach and former Cleveland Cavaliers HC David Blatt announced that he suffers from Multiple Sclerosis.
"As a coach I know how to lead. And I'm gonna lead this battle too"

After coaching for decades at the international level, Blatt was named the Cavs head coach on June 20, 2014, with the team still in the midst of a lengthy rebuilding project.

That changed the following month when LeBron James returned to the team, followed one month later by a trade that brought Kevin Love to the team.

That quickly made the Cavs prime contenders for an NBA title, with the team eventually reaching the 2015 finals before falling to the Golden State Warriors in six games.

Getting to that point didn’t come without turmoil within the team, however, with some rumors suggesting that Blatt would be fired during the regular season.

Midway through the 2015-16 season, Blatt was abruptly fired and replaced by Tyronn Lue, despite the Cavaliers having the best record in the Eastern Conference at the time.

Blatt ended his tenure with the Cavs with a regular season record of 83-40 (.675). He then returned to international coaching by spending two seasons in the Turkish Super League before moving to the Greek Basketball League to coach Olympiacos.

Despite his diagnosis, the 60-year-old Blatt intends to continue coaching, with one more year remaining on his contract.