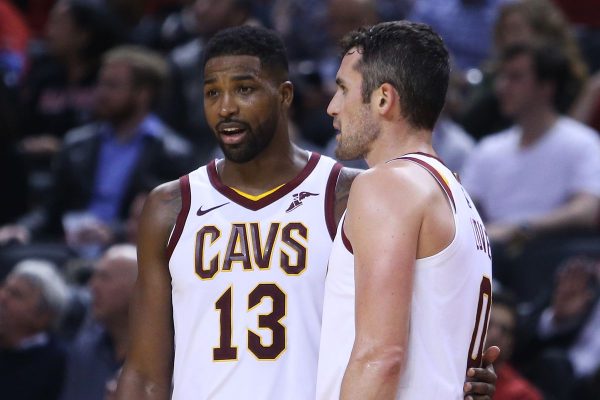 Over the last week, stars across the NBA have announced that they have decided to pull out of the 2019 FIBA World Cup.

This string of decisions has sent ripples throughout the NBA, and according to an article from Evan Dammarell of Forbes.com, the Cleveland Cavaliers may be the team to benefit most from this recent trend.

The four players that were expected to compete in next month’s tournament included Kevin Love, Tristan Thompson, Ante Zizic, and Jordan Clarkson. Thompson and Love both withdrew from the Canadian and USA teams respectively.

Clarkson will not represent the Philippines because only one naturalized player is allowed to represent the team, and he lost out to big man Andray Blatche. As for Zizic, his Croatian national team failed to qualify for the tournament.

“With Love and Thompson electing not to play, along with Zizic and Clarkson not participating, Cavaliers fans lose out on seeing a few members of the team battle for the gold,” Dammarell wrote. “But for the Cavaliers organization, this situation could not have worked out better for them.

“On the court, things could not be at a more crucial point for the Cavaliers. Early into the offseason, Cleveland hired former Michigan coach John Beilein to be the team’s next head coach. This upcoming season will be Beilein’s first rodeo with NBA-level basketball, and having the ability to have Love, Thompson, Clarkson and Zizic with the organization instead of overseas will be crucial in him learning the ropes. Doubly so considering the World Cup Finals bump up right with the start of the Cavaliers’ training camp, which would only serve as a drawback for Beilein.”

Dammarell also went into how having everyone fully rested once the preseason and training camp roll around will help shape the Cavs’ rotation going into the regular season. How the Cavs may benefit most, however, has to do with the likelihood of trades materializing during the 2019-20 season.

“It also helps that there is likely a trade market for all three of the players mentioned above,” he wrote. “Thompson is an elite in both his screening and diving ability, making him an already attractive piece to a contending team in need of a big man. Clarkson is also an attractive piece to a contender, with his penchant for scoring off of the bench. Finally, Zizic has shown potential through his short time in the NBA but due to Cleveland’s crowded frontcourt rotation, it’ll be hard for him to crack the Cavaliers’ rotation. There could be a team out there that has the space for Zizic to play and wants to take a chance on his potential.

“Love, meanwhile, has not directly asked to be traded the team to be traded, per source, and the feeling is mutual with the Cavaliers. But, with how wide open the league is this season there could be a few teams out there that could be interested in Love’s services. The offer would have to blow away the Cavaliers, though but since Love doesn’t run the risk of being injured it makes his trade market much more stable.”

This season may be yet another campaign that is filled with roster turnover and change for the rebuilding Cavs. While veterans such as Love, Thompson, and Jordan are quite valuable, if the Cavs are able to acquire young talent and future assets in return, it appears that trades are most definitely within the realm of possibility.