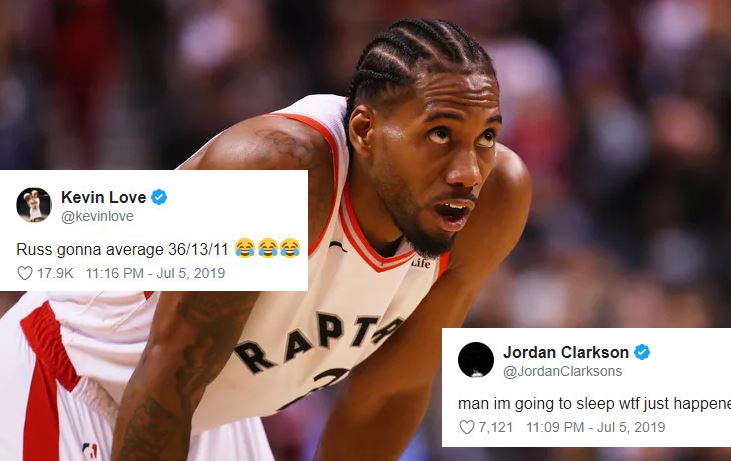 The news caught the entire league by surprise including Cleveland Cavaliers players who posted their reactions on Twitter.

The Clippers pulled the rug out from under the collective feet of Lakers and Raptors fans after it was also reported by ESPN’s Adrian Wojnarowski that superstar Paul George will be joining Leonard on the Clippers.

What in the world just happened????

Larry Nance Jr. was likely shaking his head as he retweeted a tweet about the offseason in general.

i hate you bro https://t.co/UKX6rd4YNU

After almost a week of holding the NBA hostage, Leonard has finally made up his mind, and the league is visibly shaken by his decision.