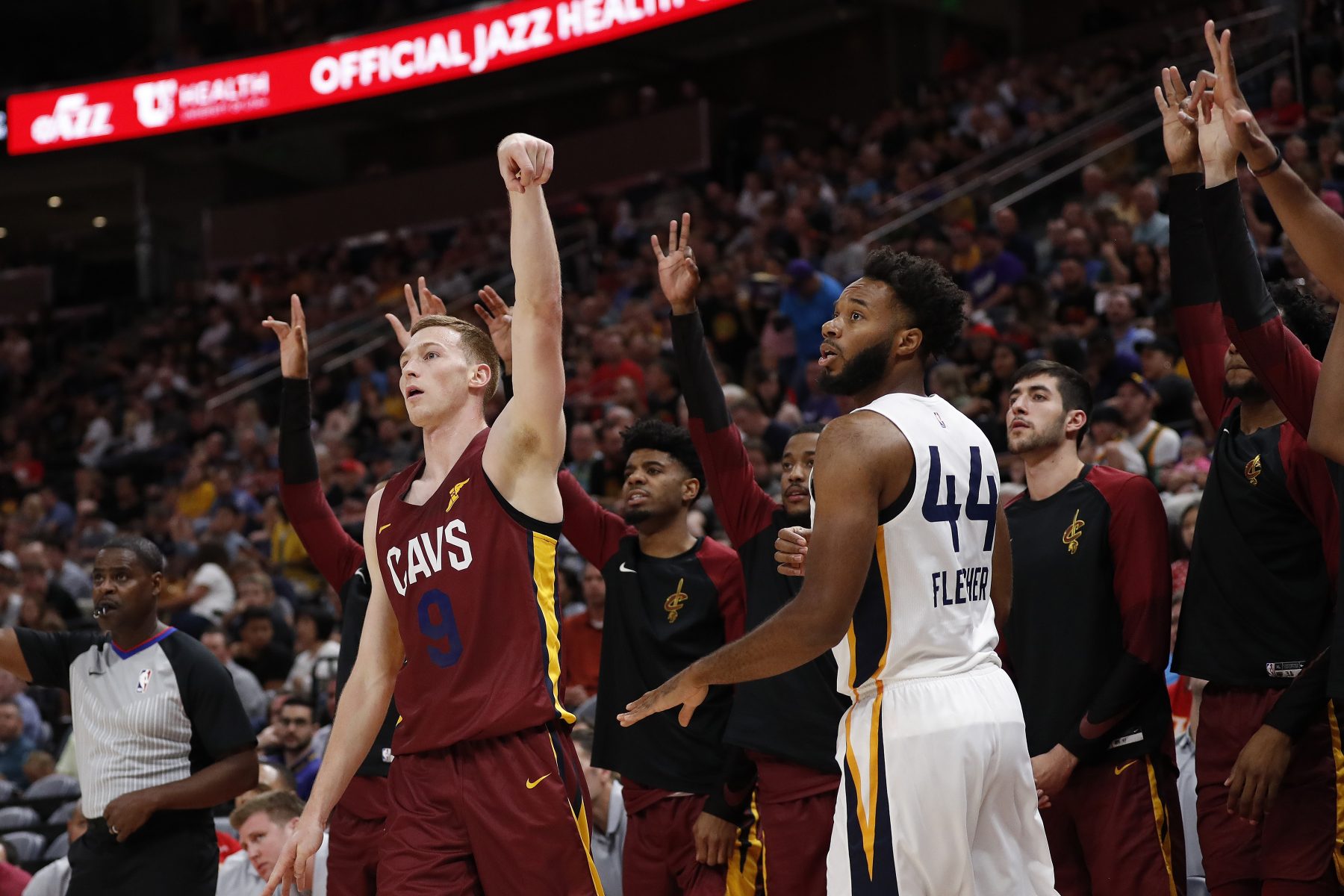 Cleveland Cavaliers rookie swingman Dylan Windler may not have been the first draft pick by the team in last month’s draft, but he’s made an immediate impression on the Cavaliers’ new head coach, John Beilein.

The source of Beilein’s enthusiasm about Windler was the rookie’s play in the opener of summer league action on Monday night.

While the Cavaliers fell to the San Antonio Spurs, 97-89, Windler delivered a solid performance. He finished with 19 points, six rebounds, three assists and two steals and managed to hit on 8-of-14 from the field and 3-of-8 from beyond the arc.

The one number that caught the attention of the Cavaliers’ staff was his plus-minus number of plus-14, which marked the best in that category of any player in the game. That particular metric looks at how a team performs when a player is on the court.

After the game, Beilein raved about Windler:

“He was really good. I’m trying to figure out how to use him best. Just try to dial him up as best we can. They switched a lot of ball screens, but I just like the way he moves, the way he instinctively has a really good feel for the game and seems to make the game easier.”

Beilein believes that Windler’s performance in the future can reflect well on the team as a whole:

“He’s one of those guys who will make everybody better. Giving space or by making the simple, easy pass to the next open man. He’s not taking the extra dribble. He’s delivering the ball on time and on target so I was just really impressed by that in the training camp so far and then we really saw it today.”

Windler committed just one turnover in his 30 minutes of action and showed strong fundamentals that Beilein believes can be an asset:

“I have a strong belief that you don’t just amass talent when you are putting a team together, you build a team. He’s one of those components you need to have to make our other guys better. He’s going to make everybody better with the Cavaliers, just because the game is simple. He can really shoot the ball and he’s a very efficient player.”

Of course, playing against other rookies during the offseason isn’t necessarily the best gauge of how Windler will adapt to the rigorous play of the NBA regular season. However, this first snapshot from a player who played collegiately at Belmont University is a positive sign for the future.