Don't Miss
Home / Videos / Video: Lindsay Gottlieb Opens Up About What It Means to Be Cavs’ New Assistant Coach

Video: Lindsay Gottlieb Opens Up About What It Means to Be Cavs’ New Assistant Coach 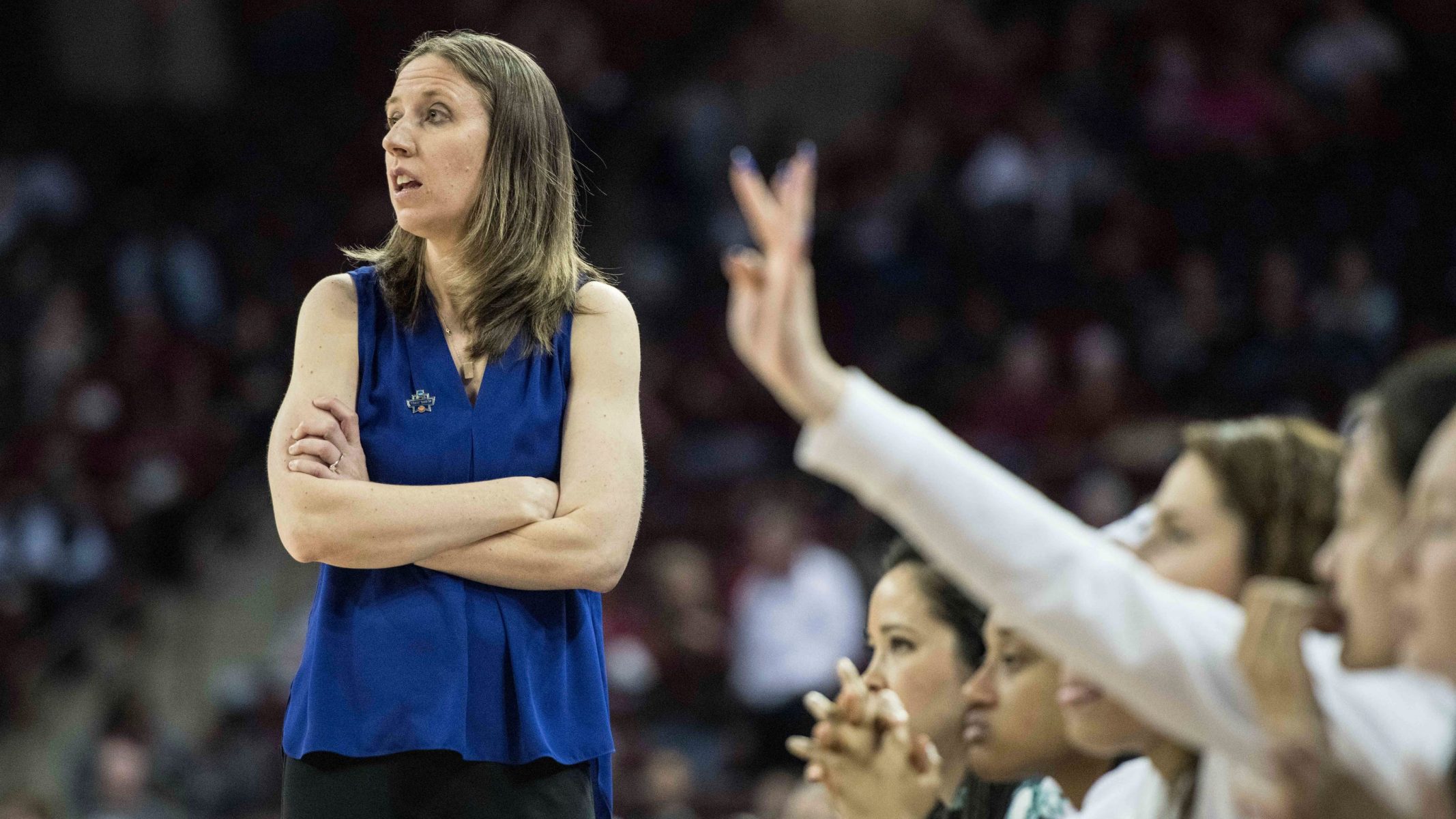 The Cleveland Cavaliers hired former University of California, Berkeley women’s basketball head coach Lindsay Gottlieb to be an assistant coach on Wednesday. The Cavs are rebuilding with young talent and she had a terrific track record doing just that in the college ranks.

The 41-year-old coach spoke with ESPN’s “SportsCenter” host Scott Van Pelt about a variety of topics from the hiring process to inspirational people who were eager to celebrate her new job.

The newest @cavs assistant coach @CoachLindsayG joined SVP to explain how her new job came to be. pic.twitter.com/DgVE8Zp4uo

Van Pelt asked her what events took place that led to her landing the job.

As it turns out a mutual friend introduced Gottlieb to Cavs general manager Koby Altman.

“Koby hit me up and said, ‘Hey we should connect sometime,’ and that was about it,” Gottlieb recounted.

After Altman hired John Beilein to be the team’s head coach, she congratulated the GM for an excellent hiring. Altman replied and asked for an appointment with her. The two met up in Chicago where the pre-draft workouts were held.

“We want to do things differently here in Cleveland,” Gottlieb said. “We want to build the best staff around coach Beilein and we’re interested in having you on that staff. It took me about a minute and a half to put my jaw back up off the ground and the talks started from there. ”

That got the ball rolling on what would eventually lead to her hiring.

After guiding the Golden Bears to seven NCAA Tournament appearances and a 2013 Final Four campaign, Gottlieb likely found it difficult to leave a job where she was so successful. But the Cavs job looked like the perfect one for her to take.

“So the first thing is, it wasn’t just enough for me to simply be in the NBA,” Gottlieb said. “It had to be the right fit. I was really intrigued by kinda getting in on the ground floor at the beginning of this new era for the Cavs. Then, when I flew out to Cleveland and met everybody, I called my husband after eating dinner with those three, Koby, coach Beilein and coach [J.B.] Bickerstaff and said, ‘I don’t know if there are three better people for me to be surrounded by,’ and everyone in the organization was high level. I struggled with it for a little bit, but ultimately it seems like the chance of a lifetime and the right thing to do right now.”

Asked if she wants to be a head coach eventually, Gottlieb was a bit coy at the beginning, but soon explained what her thoughts were about her future could look like in the league.

“I’m trying to do a great job when I get there on Monday to help them with the draft prep and all of that,” she explained. “But I have to think about can this impact, on a larger scale, someone somewhere. How often do you get to have, essentially, a masterclass at a certain point in your career where you’re learning from the best minds? And I think if I do all of those things well, then sure it should open doors for people to see women in coaching differently, to see the NBA differently, but that would be a byproduct of the day-to-day which is just trying to help this Cavs organization get better.”

Lastly, she said that former tennis star Billy Jean King’s tweet was the most impactful message she received upon being hired by the Cavs. She added that getting a text message from commissioner Adam Silver was “pretty neat, too.”

Gottlieb is the first women’s collegiate head coach to be part of an NBA team’s coaching staff. According to ESPN’s Adrian Wojnarowski, Gottlieb is set to sign a four-year deal with the Cavaliers.