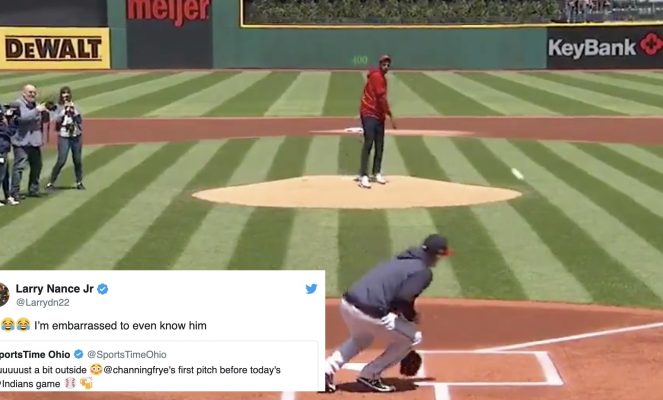 Larry Nance Jr. and Channing Frye were teammates with the Cleveland Cavaliers during the 2018-19 season, and they got to know each other well over the course of the campaign.

??? I’m embarrassed to even know him https://t.co/EFeDmOKWnS

Frye was recognized by the Indians after recently retiring following 13 NBA seasons and was given what’s become a standard honor in baseball.

While he threw his pitch with authority, it veered wildly to his left and landed nowhere near home plate.

The crowd attending the game undoubtedly got a laugh from Frye’s throw just as Nance clearly did. Still, Frye shouldn’t worry about his lofty reputation among Indian fans thanks to his status as a member of the Cavs’ iconic 2016 championship squad.