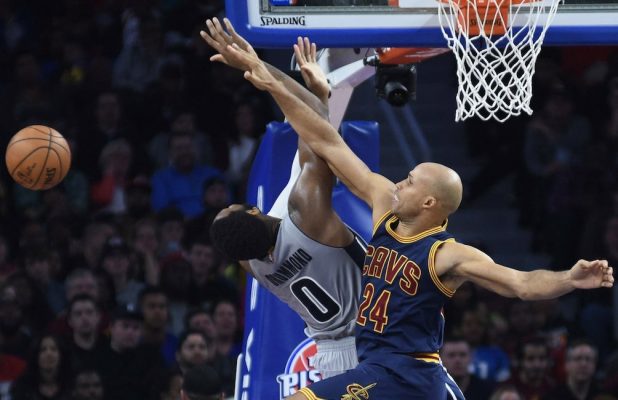 The Detroit Pistons were eliminated from the playoffs this week by the steamrolling Milwaukee Bucks in a 4-0 series sweep.

Following the sweep, the Pistons were the subject of conversation on ESPN’s “The Jump” where former Cleveland Cavaliers forward Richard Jefferson appeared alongside show hosts Rachel Nichols and Amin Elhassan. After suffering a NBA record 14th straight playoff loss, Nichols asked both Elhassan and Jefferson what the Pistons need to do going forward.

Elhassan had a lengthy monologue to prep his answer. Jefferson had a shorter and more definitive response.

ESPN’s @Rachel__Nichols asked what the Pistons should do.

Though they had a good laugh over the suggestion, it was a huge shot at the Pistons franchise that has been mired in mediocrity for the past decade.

Since losing to the Boston Celtics in the Eastern Conference Finals in the 2007-08 season, Detroit has only made the playoffs three times, losing in the first round in four-game sweeps each time.

Meanwhile, the city of Seattle has been without an NBA franchise since the SuperSonics relocated and became the Oklahoma City Thunder in 2008.

Perhaps the fastest route for the city to reacquire a team is through relocation which is why Jefferson jokingly proposed that the Pistons move to Seattle.

Though it’s unlikely that Detroit will give up their team anytime soon, Jefferson’s jab at the franchise was an acknowledgment that the Pistons haven’t been relevant for a long time and they have a lot of work cut out for them.