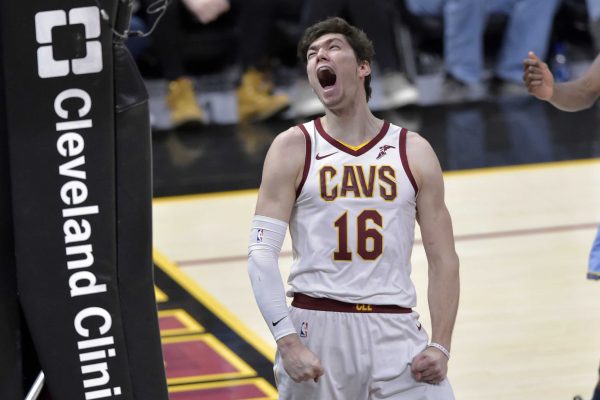 The Cleveland Cavaliers didn’t have a single player to represent them in the 2019 NBA All-Star Game, but they may have two to represent the club in this summer’s FIBA World Cup.

According to a recent report by Chris Fedor of Cleveland.com, Cedi Osman will be playing for Turkey in the 2019 FIBA World Cup, and Kevin Love may suit up for Team USA. If Love does end up playing for his home country in the tournament, a matchup between the two Cavs teammates would be assured.

“Kevin Love and Cedi Osman may be on opposite sides of the court this summer,” Fedor wrote.

“While Love hasn’t committed to play for Team USA in the FIBA World Cup, wanting to give it more thought following a difficult season, Osman will be one of the leaders for the Turkish National Team. Both Turkey and the United States were placed into Group E, along with the Czech Republic and Japan, for the 32-team tournament that starts on Aug. 31.”

Osman spoke about looking forward to the matchup between the two squads.

He also spoke about the high hopes he has for Turkey in the upcoming tournament.

“I feel like we can go further (than in the past),” said Osman, who helped Turkey advance to the quarterfinals before losing to Lithuania in 2014. “I feel we can go top 8. If we finish second in group we are going to play against probably Greece or Brazil in the next round. It will be really tough and we will see. We will try to do something big and it won’t be easy. It’s pretty exciting.”

Love also spoke about the possibility of his own participation in the World Cup, but was understandably less committal than his teammate. While Osman is just 23 years old and is on the verge wrapping up his first NBA season as a starter, Love will be turning 31 years old during this summer’s World Cup, and has also just recently returned from one of the most serious injuries of his career.

“I have considered it,” Love said recently. “USA Basketball has been very good to me in my career so that’s always something that I take highly into consideration. Now it’s Coach Pop and I think that weighs heavy on guys because everybody would like a chance to play for him at some point. One of the best to ever do it. Legendary and infectious to be around as a coach and as a person.”

Whether it’s both Love and Osman, or just Osman playing in this summer’s tourney, it will be great to see Cavs players donning their home countries’ colors in an attempt to win World Cup glory.