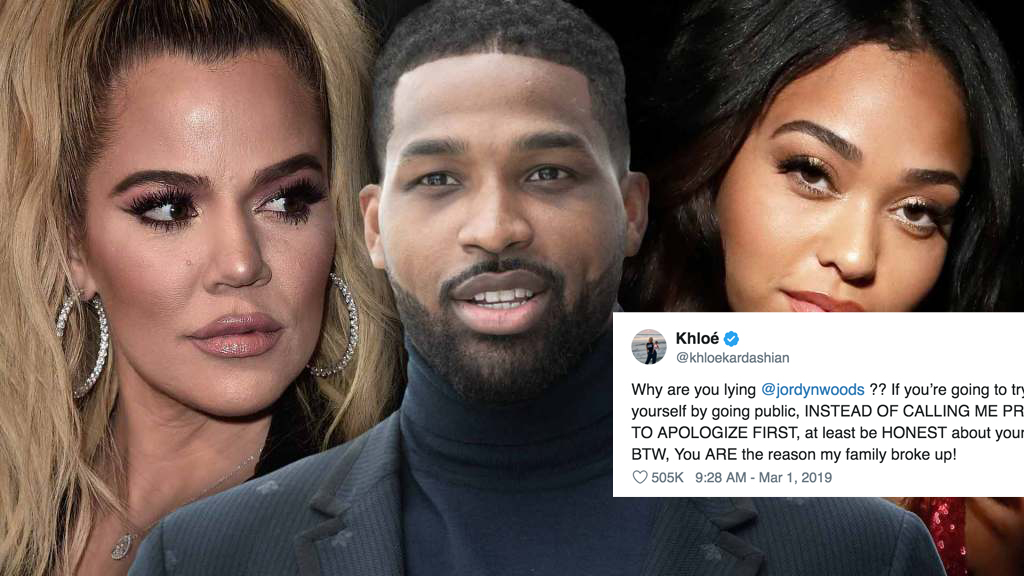 Cleveland Cavaliers center Tristan Thompson recently saw his personal life take center stage with reports that he had been unfaithful to his partner Khloe Kardashian.

On Friday, the woman who Thompson was allegedly unfaithful with, model Jordyn Woods, made an effort to offer her side of the story.

Woods appeared on actress Jada Pinkett Smith’s “Red Table Talk,” and explained that the alleged tryst with Thompson was an exaggeration. She stated that she and some friends had been out to a party and ran into Thompson, who invited the group to his home.

Jordyn Woods comes to The Red Table for an emotional first interview about the public scandal involving NBA Star Tristan Thompson, the father of Khloe Kardashian's daughter. She addresses the rumors and accusations. What really happened that night? It’s an RTT exclusive.

Going to Thompson’s home was poor judgment on her part, Woods admitted. However, she shot down the more salacious stories that have been published:

“I should have gone home after the party, I shouldn’t have been there. Never once was I giving him a lap dance, making out with him, sitting on him … never one did we leave the public area, go to a bedroom.”

Woods noted that her lack of judgment in the matter has been a source of regret:

“How I would feel if someone close to me is hanging out at my ex’s house or the father of my child?”

Indicating that the two kissed prior to her leaving, Woods clarified earlier reports and absolved Thompson of any blame.

“It was a kiss on the lips, no tongue kiss, no making out. I don’t think he’s wrong either because I allowed myself to be in that position.”

Woods chose this particular platform to offer her explanation because Pinkett Smith has been a friend of her family for decades. Yet despite her comments, Kardashian bitterly dismissed them in a pair of tweets:

Why are you lying @jordynwoods ?? If you’re going to try and save yourself by going public, INSTEAD OF CALLING ME PRIVATELY TO APOLOGIZE FIRST, at least be HONEST about your story. BTW, You ARE the reason my family broke up!

Tristan is equally to blame but Tristan is the father of my child. Regardless of what he does to me I won’t do that to my daughter. He has been addressing this situation PRIVATELY. If Tristan were to lie publicly about what conspired,then yes I would address him publicly as well

Thompson’s season with the Cavaliers has thus far been limited to 35 games because of injuries. When he’s been able to play, he’s been effective, averaging 11.5 points and 11.1 rebounds per game. There have been some reports that he could return to the court on Saturday when the Cavs host the Detroit Pistons.