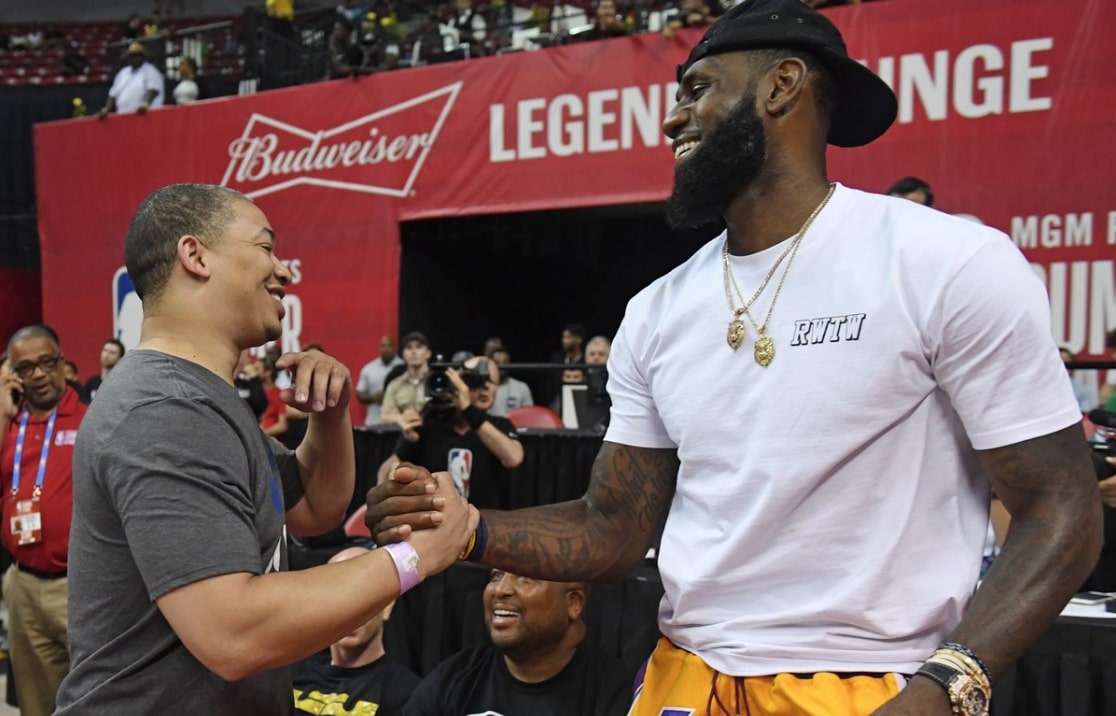 With the status of Los Angeles Lakers head coach Luke Walton in question, the possibility of a reunion of former Cleveland Cavaliers forward LeBron James and his former coach, Tyronn Lue, is reportedly under consideration.

That decision could come during the offseason, according to Yahoo! Sports’ Chris Haynes.

James left the Cavaliers to sign as a free agent with the Lakers last July, but his new team is currently in 10th place among Western Conference teams with a 30-31 record. That puts Los Angeles three games behind the Los Angeles Clippers for the final playoff berth, with Walton a candidate to be fired if the team fails to reach the postseason.

Even if the team does reach the playoffs, Walton’s time as head coach of the Lakers could come to an end. Given his stature with the team as well as the league, James’ influence in choosing a successor could result in Lue being awarded the job.

Lue originally served as an assistant when James returned to the Cavs in 2014 and was elevated to head coach of the team in January 2016. Five months later, the team completed a stunning comeback in the NBA Finals to win the franchise’s first league title. In each of the following two seasons, the Cavaliers also reached the Finals.

However, the departure of James has resulted in a complete rebuilding effort by the Cavs, who dismissed Lue after the team dropped its first six games. James’ comfort level would undoubtedly increase with Lue at the helm of the Lakers, though it would likely renew complaints of his oversized influence when it comes to personnel choice.