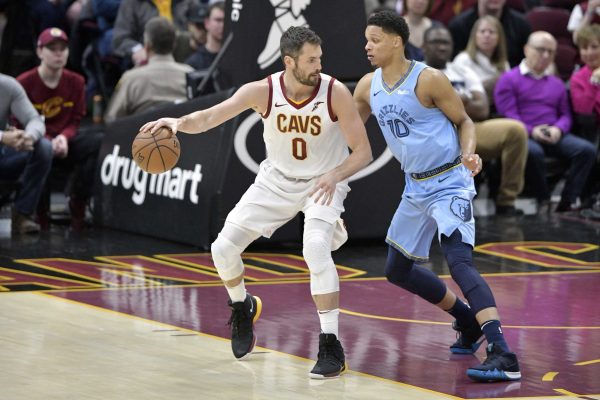 While speaking with the media on Monday following shootaround, Cleveland Cavaliers rookie Collin Sexton discussed his team and had some extremely positive things to say about Kevin Love.

Sexton spoke about the floor opening up with Love on the court, and when a media member followed up with a statement that Love was likely the best player he’s played with, the point guard agreed.

“Yeah. For sure,” said Sexton.

It’d be hard to argue against this given the current state of the Cavs roster. Love has the most experience in big game situations, and at his best, is one of the team’s most prolific scorers and rebounders.

In fact, even with the small sample size this season, Love leads the team in points per game at 17.8 and is also averaging 10.9 rebounds. Most recently, he torched the Memphis Grizzlies for 32 points and 12 boards.

Sexton went on to discuss what it’s been like playing with Love now that he’s back on the court during games.

“It’s great,” he stated. “He’s really good and he works really hard off the court. So it just rolls over into game time.”

Sexton, Love, and the rest of the Cavs take the court on Monday night against the Portland Trail Blazers.