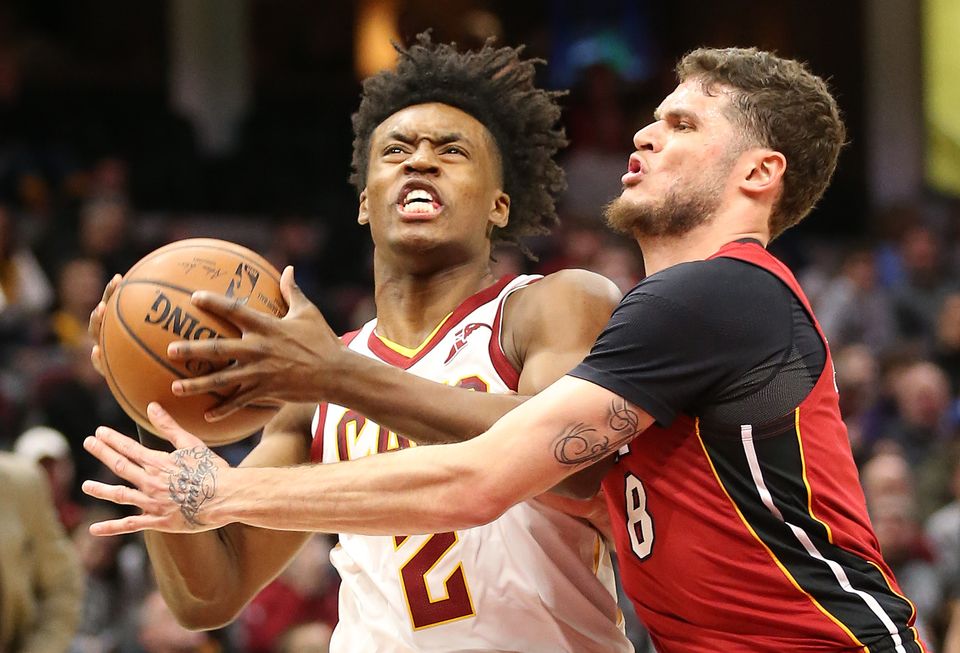 Cedi Osman will be representing the Cleveland Cavaliers in the 2019 Rising Stars Challenge on Friday night, but rookie point guard Collin Sexton will not.

Sexton was snubbed from the game, and according to Chris Fedor of Cleveland.com, Sexton is using that fact as motivation in what is becoming a very impressive rookie campaign.

“I’m just gonna use it as motivation. Got to,” Sexton said. “It’s just more fuel for me.”

Sexton is having a solid rookie year, averaging 15.1 points, 3.1 rebounds, and 2.9 assists per game, but ever since he got the news that he wouldn’t be playing in the Rising Stars Challenge, he’s taken his play to another level.

In the last six games, Sexton has been averaging 21.2 points, 3.7 rebounds, and 3.5 assists per game. He’s also been shooting 41.4 percent from the field and 42.4 percent from beyond the arc.

For the former University of Alabama standout, he’s letting his work on the court do the talking.

The majority of the Team USA roster is filled with non-rookies, but there are several exceptions. Trae Young, Marvin Bagley III, and Jaren Jackson Jr. were named to the roster. Kevin Knox was added at a later date when Los Angeles Lakers second-year guard Lonzo Ball was removed from the roster due to injury. Knox took the spot that many assumed would go to Sexton when it was announced that Ball would be unavailable.

If you ask Sexton, Knox getting the nod may have more to do with the fact that he plays for the New York Knicks rather than his play.

“You know what that was about,” Sexton said. “It happens.”

Knox is currently averaging 12.5 points and 4.2 rebounds per game.

It seems clear that the snub has certainly motivated Sexton to take his game to another level. If that chip remains on his shoulder, it could be a real blessing in disguise for the Cavs going forward.