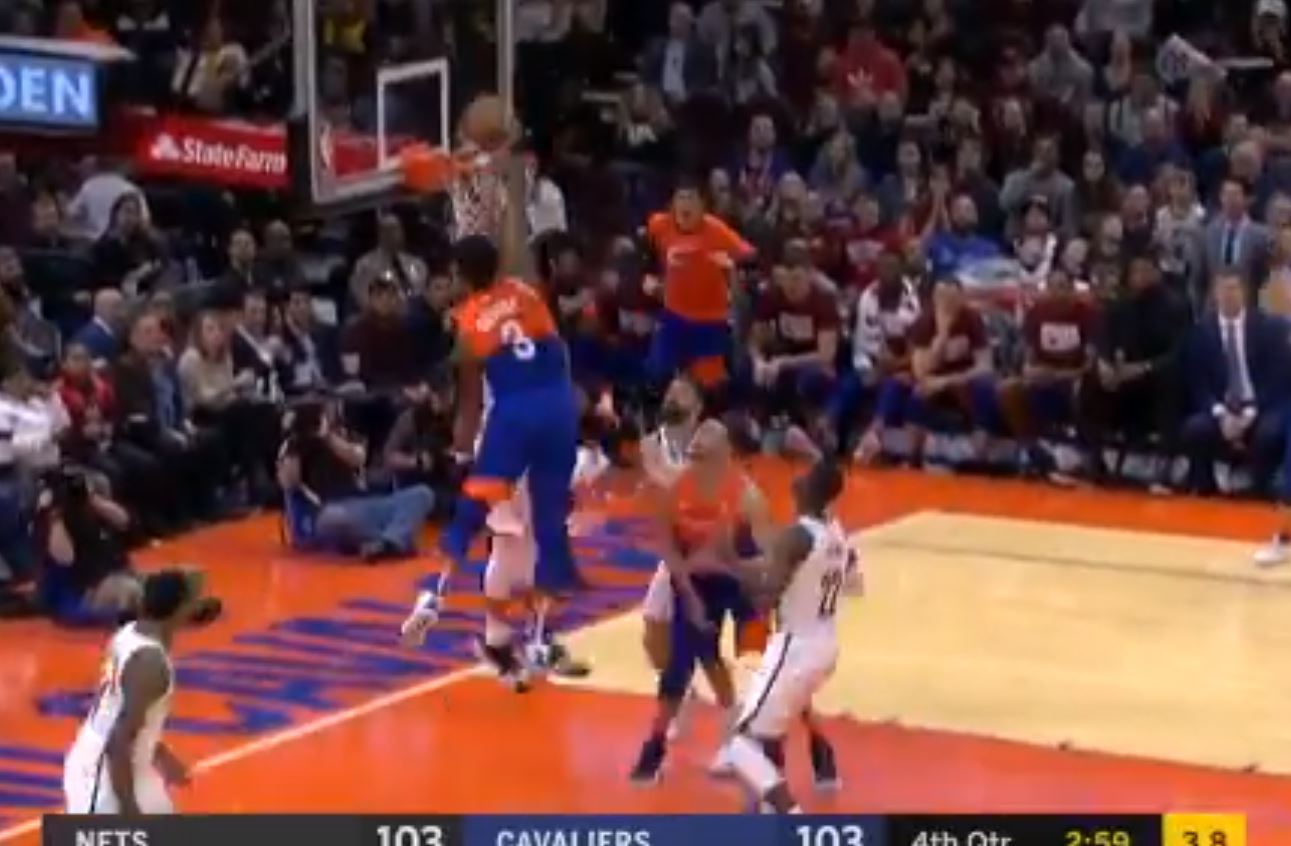 Newly acquired big man Marquese Chriss has likely punched in his name for dunk of the year after he absolutely obliterated Brooklyn Nets defender Jarrett Allen with a right-handed poster dunk on Wednesday night.

The Cavs are currently in a tight one with the Nets as the game is all even at 109 at the end of four quarters. Chriss has 13 points and five rebounds in 20 minutes of action.

The power forward was acquired earlier this month is a three-team trade with the Houston Rockets and Sacramento Kings.