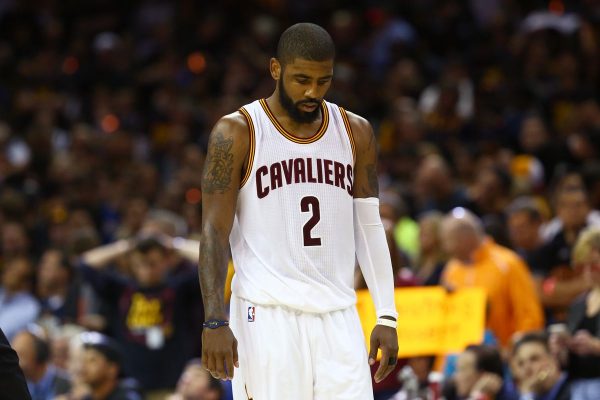 Kyrie Irving shocked everyone in July of 2017 when he asked to be traded from the Cleveland Cavaliers because of his reported frustration of playing in the shadow of LeBron James.

The departure of James himself via free agency just one year later has one unnamed Cavaliers player believing that Irving could have kept James in Cleveland or at least made his departure less painful for the team.

Joe Vardon of The Athletic quoted the anonymous player about Irving’s possible regret at the timing of his request:

“Kyrie knows he left a year early. We were supposed to take another run at it (last season) and then take a look at everything.”

At the time of Irving’s decision, he still had two years remaining on his contract with the Cavaliers. That meant that the team could’ve refused to consider any trade and instead made an effort to work out his differences with James. That didn’t transpire, even though James himself advocated that approach, and the Cavaliers ended up trading Irving to the Boston Celtics the following month.

The rejection of James’ suggestion by the team made it easier for him to consider his own options after the following year. After leading the Cavs to their fourth consecutive finals appearance, the veteran forward left in free agency to sign with the Los Angeles Lakers. That move effectively has gutted the Cavaliers, who have a 9-36 record this season after losing at Portland on Wednesday night.

While James may have left regardless of what took place, convincing Irving to wait a year could have allowed the guard to take over the leadership role that he craved. By teaming with Kevin Love, the Cavaliers would have offered a much more competitive squad that would presumably still be playoff contenders. Instead, they’re currently wallowing at the bottom of the league and destined to be in contention for the top pick in June’s NBA draft.