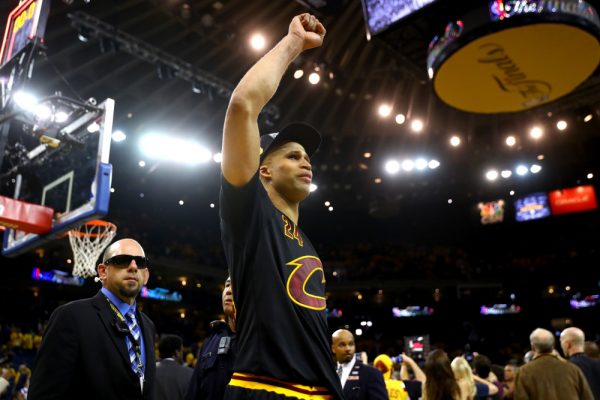 The Cleveland Cavaliers went on a magical run in 2016 to capture a championship in stunning fashion, but Richard Jefferson doesn’t want to give anyone the wrong impression about the team’s title run.

While many would think that a championship run would be a fun experience, Jefferson said the exact opposite in a piece he wrote for The Players’ Tribune:

“It meant so damn much to me. It’s funny, because to this day, people will be like, ‘Man, that Cavs run must have been so much fun.’

“And I’ll tell them straight up, ‘Hell no it wasn’t fun.’

“There wasn’t a single second of it that was fun. It was misery until the moment the buzzer went off in Game 7. Even after we took down Toronto and made it to the Finals, I wasn’t sleeping, I wasn’t eating, I was out of my mind.

“I’m telling you, the gear you have to hit to win an NBA title is not human.”

Fans may think winning an NBA title is fun, but Jefferson discusses the immense pressure he felt during the 2016 playoff run. Perhaps the experience would be different for a younger player, but Jefferson was 36 at the time and he knew he may not have had another shot at a championship.

Furthermore, Jefferson is completely honest about where his mind was at during the 2016 NBA Finals. Jefferson had no doubts about how he envisioned the series finishing. He thought the Cavs were going to lose:

“I did not believe for a single second that we were going to win.

“Definitely not when we were down 0–2.

Jefferson was past his prime by 2016 and didn’t put up remarkable stats in the Finals, but he was one of the few players head coach Tyronn Lue trusted on his bench. Jefferson undoubtedly played a key role in the Cavs’ unbelievable 3-1 comeback against the 73-win Golden State Warriors, even if he didn’t have fun doing it.