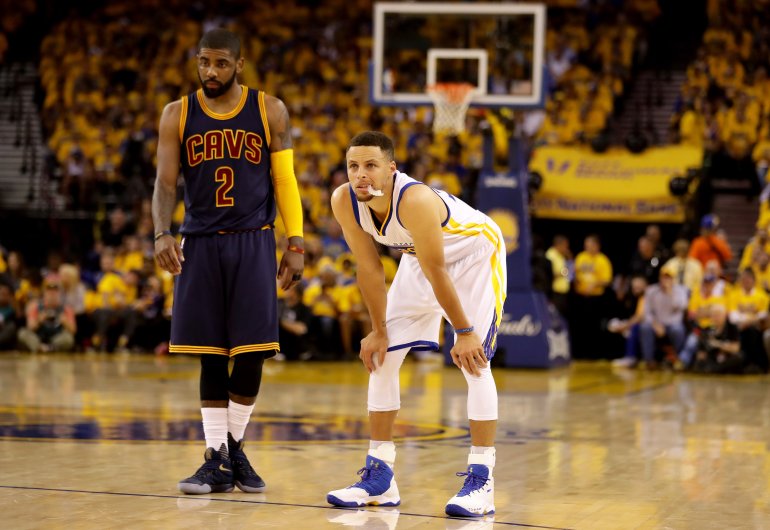 The once-hot rivalry between the Cleveland Cavaliers and Golden State Warriors was fueled by the two teams facing each other in a record four consecutive NBA Finals.

The contentiousness connected to the two teams went in many different directions, reportedly including an unofficial ban by the Cavaliers on any sneakers endorsed by Warriors’ point guard Stephen Curry.

Ric Bucher of Bleacher Report looked at how NBA rivalries and the competitive nature of individual players help drive what footwear is worn. He noted that edict by the Cavaliers after citing Golden State forward Draymond Green’s similar attitude about wearing shoes endorsed by former Cavs forward LeBron James:

“The Cavaliers developed the same policy regarding Steph Curry and his Under Armour signature shoe. It was understood more than plainly stated, leaving one member of the Cavs’ Finals roster last year unaware of the rule—but only, perhaps, because he never considered wearing UAs. Another former Cavalier texted: ‘There was no way anyone on [Cleveland] the last few years would wear [them], for the obvious reasons.'”

Those four battles in the Finals were often heated, including the 2016 incident in Game 4 that saw Green punch at James’ groin. That led to Green’s suspension in the following game and sparked the Cavaliers to a thrilling comeback to win the franchise’s first-ever title.

Since James left in July to play for the Los Angeles Lakers, the Cavaliers have collapsed, compiling a miserable 8-33 record at the midway point of the regular season. No such renewal of those rivalries will take place this June, though the Warriors are still favored to once again represent the Western Conference.

The Cavaliers are beginning a difficult six-game, 11-day road trip on Wednesday night in New Orleans, having dropped their last 10 contests. Instead of plotting a course for the Finals, the Cavs’ front office is more likely focused on obtaining a lottery pick once this forgettable season comes to an end.