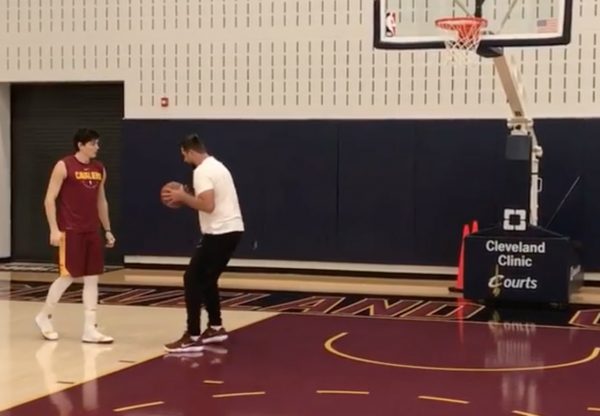 Cedi Osman has a habit of working out with star players, and that is continuing this season. Recently the Cleveland Cavaliers wing worked out with Mehmet Okur, as evidenced by a video that the retired All-Star posted on Instagram.

The video, which was taken at Cleveland’s practice facility, features Okur teaching a post move to Osman, followed by Osman successfully practicing it. It’s unclear if this was a one-time thing, or if it Okur has worked with Osman before. There’s a connection between the pair, as they are two of only 11 Turkish players to compete in the NBA.

Okur played 10 NBA seasons, most famously for the Utah Jazz. He was part of the Detroit Pistons 2004 championship team, and was selected to the 2007 All-Star Game while with the Jazz.

For his career, Okur averaged 13.5 points and 7.0 rebounds per game, while displaying a smooth shot from beyond the arc.

Osman, who is in his second season in the league, is averaging 11.7 points, 4.8 rebounds, and 2.3 assists per game this year.