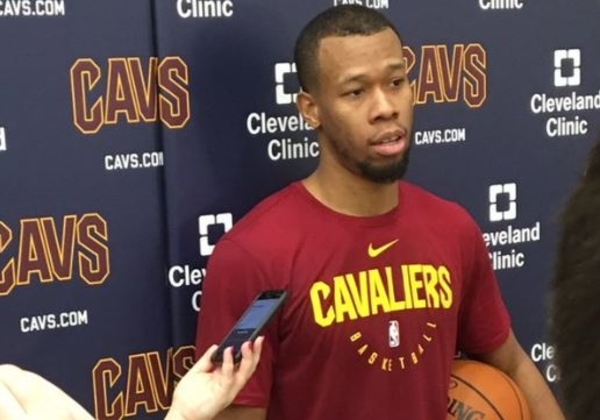 The Cleveland Cavaliers will be hosting the Utah Jazz on Friday night, and Rodney Hood is looking forward to facing off against and talking some trash to some of his former teammates.

On facing his former team @rodneyhood says he will “Have fun, talk trash”..he still keeps in touch with a lot of his ex teammates pic.twitter.com/av3zoIFTrv

Hood first came to Cleveland from the Jazz as a part of the Cavs’ trade deadline roster shakeup last season. Before coming to the Cavs, Hood was enjoying a career season in Utah, averaging 16.8 points per game.

He averaged just 10.8 points per game during the rest of the 2017-18 season with the Cavs, and while his numbers have gone up a bit so far this season, he has yet to match the production he was enjoying as a member of the Jazz.

Hood missed the last four games of the month of December due to a sore Achilles, but is back in the Cavs’ rotation now that he has returned to full strength.

Considering the fact that Hood is especially looking forward to Friday night’s game, fans should expect for him to have a strong night. Hopefully, it results in the Cavs getting a win, as they are currently in the midst of a seven-game losing streak.