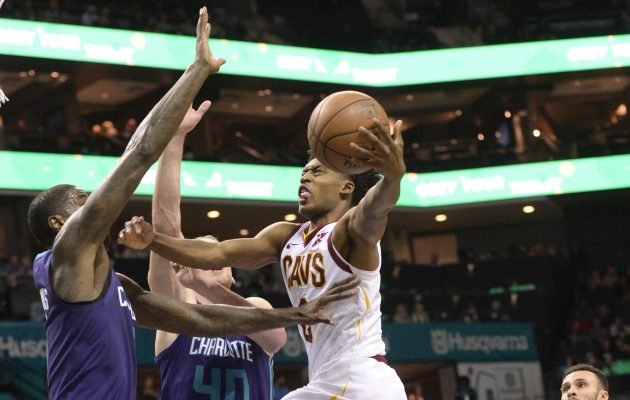 Yet that job is something that Dellavedova has embraced since being traded back to the Cavaliers last month.

Chris Fedor of Cleveland.com looked at how Dellavedova is dealing with the role of mentor for a player who was the Cavaliers’ top pick last June. Instead of rejecting the concept, the Australian native sees it as an opportunity to enhance his leadership skills.

Prior to the start of this season, Dellavedova was still a member of the Milwaukee Bucks and veteran George Hill was supposed to fill the mentoring role. However, after the Cavs’ season imploded quickly, Hill was traded to the Bucks, with Dellavedova part of the return the Cavaliers received in return.

In asking Dellavedova to undertake this role, the Cavs remembered how he had previously helped former Cavs point guard Kyrie Irving sharpen his overall game. The two players often battled in team practices, which reportedly led to fights between the two competitive athletes.

Dellavedova offers Sexton instruction during both timeouts and film sessions, with the hope that he’ll be able to control games in the future.

“That’s probably the next step,” Dellavedova said. “I think just finding ways to get other guys involved. Whether that’s through a play call or something like that or say if we score on a play then him recognizing to run the same play again or you know, hit the next option. Just trying to get him to I guess manipulate the game a little bit.”

Despite the fact that the two players’ talents differ, Dellavedova is using his past NBA experience to offer defensive tips to Sexton.

“I’ve played a lot of games so I feel like I’ve seen a lot of defenses,” said Dellavedova. “He’s got a different skill set to me in that he’s really quick and explosive, but I’ve been around guards that have been that so I know some things that are effective that he can try to use so just try to give him some different things like that.”

Sexton has been appreciative Dellavedova’s willingness to offer assistance, noting the development of his passing skills.

“I feel like I’ve improved tremendously, especially with my passing,” said Sexton. “I’ve been making right reads and seeing them actually. That just comes from watching film. Delly, we watch film together and he’s been helping me a whole lot with that.”

The Cavaliers as a team continue to flounder, bringing an 8-30 season record into Friday night’s home game against the Utah Jazz. That mark is currently the worst of all the teams in the NBA.