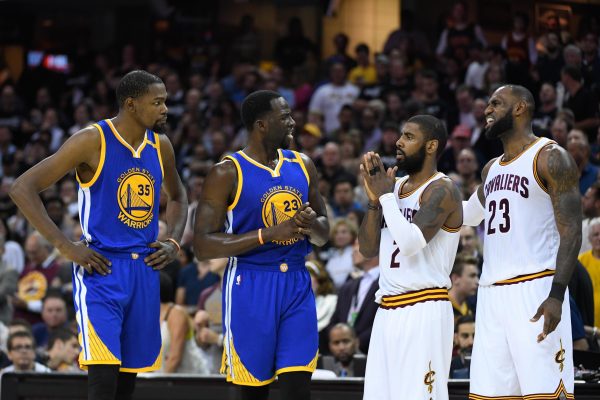 Draymond Green is apparently a fan of Morton’s The Steakhouse in Cleveland, Ohio. According to Anthony Slater of The Athletic, Green described his fond memories of Morton’s, where he’s frequented over the past few years.

“Feel like I spent half my Cleveland life at Morton’s at this point,” Draymond said. “We had good times, great food, great championship parties. I think the people at Morton’s like us more than they like the Cavs.”

After winning the championship in Cleveland 2015 and 2018, the Golden State Warriors got drunk celebrating at the arena first, and then pushed the afterparty over to Morton’s, racking up outrageous bills at the steakhouse.

What’s interesting about Green’s quote is that he thinks the people at Morton’s like the Warriors more than they like the Cleveland Cavaliers. This could be because of the sheer number of times that the Warriors visited the restaurant and partied there.

Furthermore, Green isn’t the only player who enjoys visits to Morton’s. Sharpshooter Klay Thompson also brought up dinner at Morton’s when asked about some of his favorite moments in Cleveland.

“Definitely dinners at Morton’s,” Klay said. “That’s a favorite. Had a great time there.”

The Warriors visit the Cavs on Wednesday evening at 7 p.m. EST.