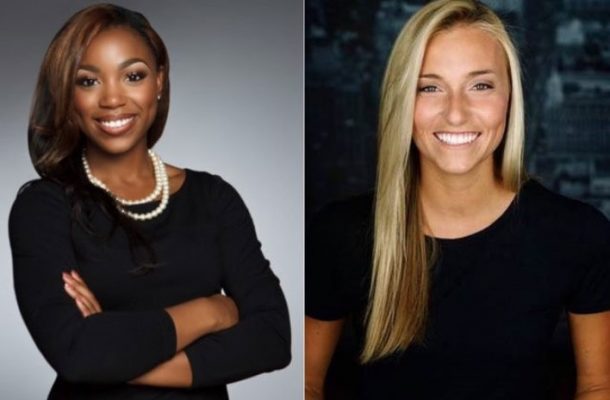 Angel Gray and Cayleigh Griffin are set to join Fox Sports Ohio for the Cleveland Cavaliers this season.

Fred McLeod and Austin Carr have regularly been on Fox Sports Ohio’s broadcasts of Cavs games over the last several years. This season, the duo is set to welcome Gray, who will be a sideline reporter for the on-air team.

Gray will replace Allie Clifton, who left over the summer after six seasons covering the Cavaliers to join Spectrum SportsNet in Los Angeles. She brings over eight years of experience to the job, and was previously with the WNBA’s Los Angeles Sparks as a play-by-play announcer, the Atlanta Dream as a sideline reporter, and ESPN as an analyst broadcasting women’s college basketball games.

The second addition is Griffin, who will be a host on Fox Sports Ohio’s digital platform and will additionally be a feature reporter for “Cavs HQ” and “In The Paint.” Griffin previously covered the San Antonio Spurs on FOX Sports Southwest.

“Angel and Cayleigh will be great additions to our existing broadcast team,” McGillicuddy said. “They bring to us a combination of basketball knowledge and storytelling skills that will enable us to expand our coverage of Cavaliers basketball at an exciting time in the franchise’s history.”

The Cavs open the season against the Toronto Raptors on Wednesday night, with pregame coverage on FSO starting at 7 p.m.