Cavs Teammates Say Jordan Clarkson Had Best Offseason Out of Everyone 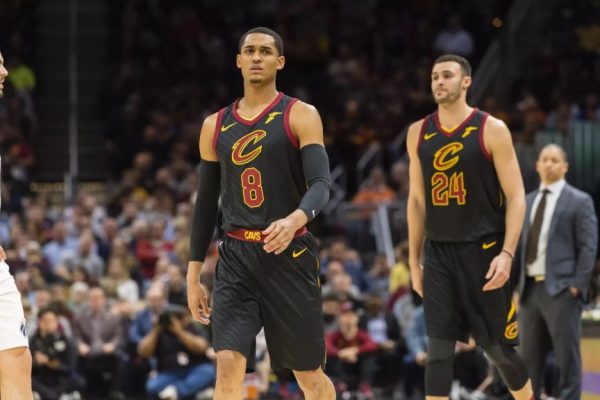 With the start of the 2018-19 NBA season days away, multiple Cleveland Cavaliers players have been grinding and working hard to stand out.

However, according to Joe Vardon of The Athletic, most Cavaliers confirmed that Jordan Clarkson shone the most during training camp:

“You’re wondering now, I’m sure, who was the best Cav in a camp that’s now over? Well, according to my survey of the players at camp, that man was Clarkson.”

Clarkson, who got traded to Cleveland from the Los Angeles Lakers last February, is set to begin his first full year with the Cavaliers. Averaging a career-low 22.6 minutes in 28 games with the Cavs last season, the 6-foot-5 guard put up just 12.6 points and 2.1 rebounds in the Wine and Gold. Clarkson slowly fell out of the rotation while the Cavs advanced into the postseason, and didn’t even play in the last two games of the 2018 NBA Finals against the Golden State Warriors.

The sour ending to last season led the 26-year-old to make plenty of changes to his workout and diet this past offseason. Coming back focused and fervent, Clarkson widely impressed his teammates, including veteran Kyle Korver, who had plenty of praise for the four-year pro.

“He seems to be playing at a different pace,” Korver said of Clarkson. “Part of it was being a part of a hard trade. Coming here in February, with everything we had going on, and having to figure out how we play in a condensed time, it’s like everyone told him when he got here to just go score. And he was like, ‘OK.’ He’s so much more now. If he can keep being this kind of playmaker, really focused not just on scoring but getting everybody involved, he could really be a handful off the bench.”

“I don’t know if he’s really been stopped at practice.”

After last season’s miserable play and bad experiences, Clarkson has really transformed his game and altered his outlook. The guard talked about the impact the playoffs had on him and how he has allowed it to revitalize his mindset.

“I think camp has been going great for everyone,” Clarkson said upon learning the news. “It was a long summer just gearing my mind up. The playoffs like, they humbled me a lot. So just coming in from the summer, kind of just erasing everything in my mind from what I’d done in the past. It’s a whole new season for me and a whole new experience. That’s really it.”

While Clarkson continues to be humble about the praise, Cavs fans are going to experience quite the treat getting to watch the youngster take his game to the next level.