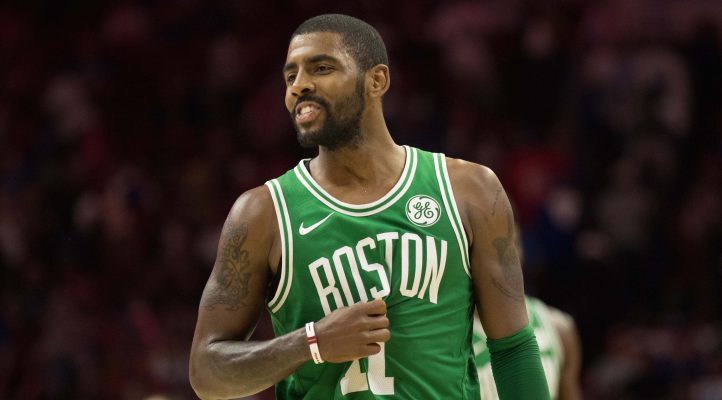 Despite having been a central member of the 2016 NBA champion Cleveland Cavaliers and two other conference championship squads, the team’s former point guard Kyrie Irving was apparently unimpressed with the level of talent that existed on those units.

On Monday, he emphasized that by saying that the Boston Celtics team he now plays for is the most talented of his eight-year career.

.@KyrieIrving on how it's going to work: "Big thing is managing our egos. This is the best team in terms of talent that I've been on. I leave it up to Brad to do a great job."

Speaking at the Celtics’ media day, Irving’s comments appear to be the latest example of him attempting to distance himself from his former team. Since being dealt by the Cavaliers to the Celtics in August 2017, remarks by Irving having included shots at his former head coach Tyronn Lue, as well as a perceived criticism of the city of Cleveland’s shortcomings.

Those comments came in the aftermath of his stunning request for a trade from the Cavaliers in July 2017, a decision based on his interest in no longer playing in the shadow of former teammate and future Hall of Famer LeBron James.

Irving’s first season with the Celtics last year began impressively, but eventually came to a grinding halt when injuries sidelined him a few weeks before the postseason began. That Boston squad was also missing Gordon Hayward, who went down with a season-ending injury during the team’s first game of the regular season. Despite those absences, the Celtics managed to reach the Eastern Conference Finals before losing to the Cavaliers in seven games.

With James having left the Cavaliers in free agency over the summer, the Cavaliers’ streak of four consecutive conference titles figures to end. That offers Irving’s Celtics the opportunity to become the dominant team in the East, but matching those expectations isn’t guaranteed. Especially when a talented young team in the Philadelphia 76ers and the team that finished with the best record in the conference last year, the Toronto Raptors, also waits in the wings.