Video: Kids Go Crazy When LeBron Invites Them to Cleveland for Lakers Game 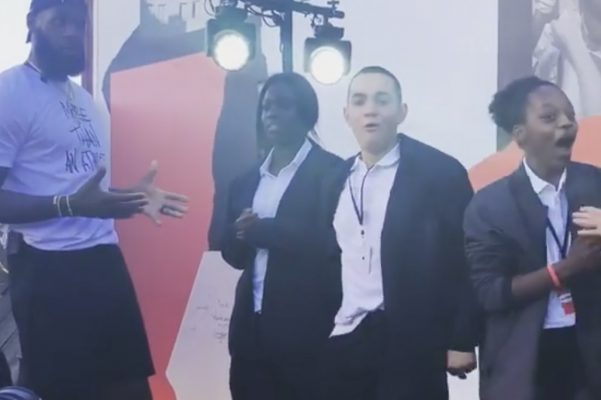 Former Cleveland Cavaliers forward LeBron James will start a new era of his legendary career later this month when his new team, the Los Angeles Lakers, opens up training camp. In the meantime, James is taking part in the Nike World Tour, which allows the superstar to interact with international citizens around the world. One of those recent interactions resulted in James extending an invitation to Cleveland when he makes his one regular season appearance this year.

That contest is set to occur on Nov. 21 at Quicken Loans Arena, with the highly anticipated clash marking one of the few times the revamped Cavaliers will be featured on national television during the upcoming campaign. For James, it will mark his first return to play in Cleveland since deciding to join the Lakers on July 1. The game should be much less contentious than his controversial return as a member of the Miami Heat in December 2010, when the former Cavs star was inundated with a torrent of boos from a hostile crowd.

The Cavaliers-Lakers game will be played on the night before Thanksgiving. That figures to allow the international citizens to take part in that American tradition before making their return home.

There’s no word if any subsequent offer to see James in action was made for the Cavaliers’ appearance in Los Angeles. That matchup takes place on Jan. 13 and be the third of a six-game road trip.