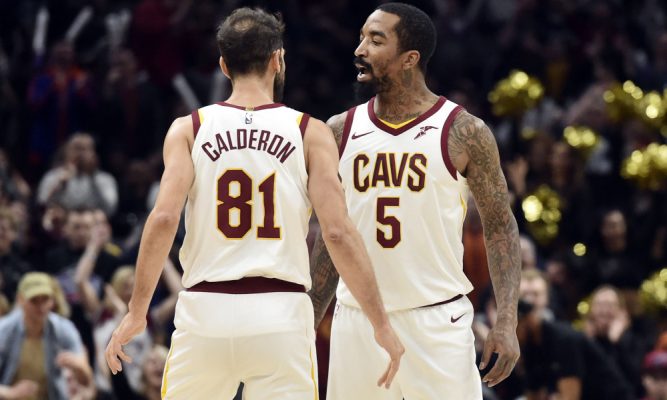 Veteran point guard Jose Calderon‘s brief time as a member of the Cleveland Cavaliers ended last month when he signed a contract with the Detroit Pistons. While Calderon, by all accounts, enjoyed his stint with the team, a recent event at the home he lived in during the past year, may color his perception of his time in the area.

The Avon-Avon Lake Patch wrote that at some point between July 21 and 25, Calderon’s home in that Cleveland suburb was burglarized, with the crime resulting in some serious losses. Most notably, his 2017 Jeep was taken, but local police also offered more information:

“Officers determined that someone had broken into the house and stolen the Jeep, along with a Chanel watch, a Prada handbag, an XBox gaming system, a computer, and Louis Vutton shoes,” wrote Chris Mosby.

The reason that the exact time of the crime couldn’t be determined was because his soon-to-be former neighbors didn’t detect that any crime had taken place until the 25th. While they were able to narrow the time frame to a five-day period, there’s no indication that the police are close to solving the crime and Calderon hasn’t offered any comment about the situation.

When Calderon was signed last July, his one-year free agent deal with the team received little notice. Yet over the course of the season, he proved to be a trusted veteran presence on the court and periodically filled in as a starter in the backcourt when injuries depleted the team’s depth. Despite the team’s success with him in that role, he returned to his reserve status without complaint when the team returned to full strength.

In 57 regular season games with the Cavs, which included 32 starts, the 36-year-old Calderon averaged 4.5 points and 2.1 assists. His new contract with the Pistons reunites him with his former Toronto Raptors head coach, Dwane Casey.