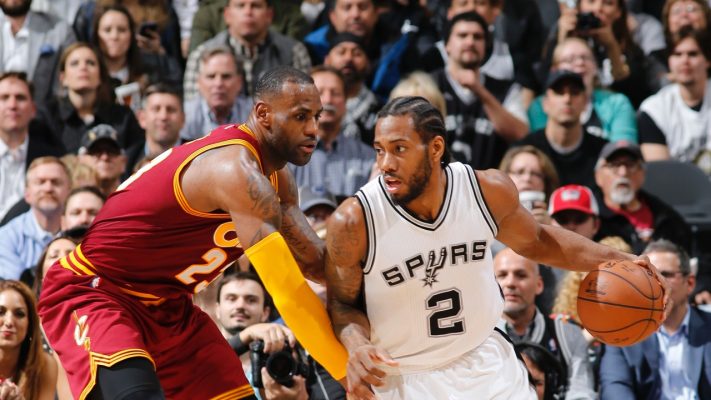 According to Adrian Wojnarowski and Chris Haynes of ESPN, the Toronto Raptors are “finalizing” a trade with the San Antonio Spurs to acquire superstar Kawhi Leonard. In exchange, the Raptors are sending All-Star DeMar DeRozan in a trade package:

“An agreement in principle could be reached as soon as Wednesday, league sources said.

“Leonard and DeRozan are both aware that an agreement could be imminent, and neither is expressing enthusiasm for the deal, league sources said.

“Toronto and San Antonio have been talking about the trade for two weeks, and several incarnations of packages have been discussed, league sources said.”

Raptors president of basketball operations Masai Ujiri is taking a clear gamble when it comes to Leonard. The former Finals MVP has made it clear that he will only sign with Los Angeles Lakers when he becomes a free agent next summer. So the Raptors will have essentially one year to convince Leonard to stay in Toronto, similarly to the situation the Oklahoma City Thunder found themselves in with Paul George.

Meanwhile, a exasperated DeRozan has three years and $83 million left on his contract. The Eastern Conference All-Star was reportedly blindsided as he was assured by Raptors brass during summer league that he wouldn’t be traded