Report: Cavs ‘Insisting’ That They Plan to Retain Rodney Hood 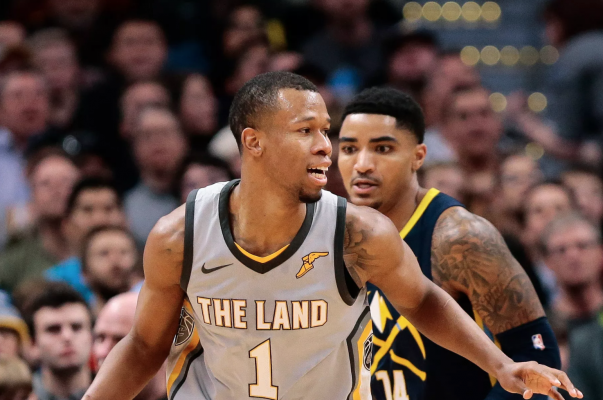 After losing superstar LeBron James, the Cleveland Cavaliers have stated that they would like to retain as many young players as possible. One of those youngsters is shooting guard Rodney Hood, who is a restricted free agent.

The Sacramento Kings, a team with significant cap space, were reportedly going to go after the 25-year-old after they missed out on rising star Zach LaVine. However, it looks like the Cavs will match any offer to retain Hood. During a recent episode of the Wine and Gold Talk podcast, Joe Vardon of Cleveland.com spoke about the team’s intentions to keep Hood:

“With Rodney Hood, the Cavaliers certainly intend on bringing him back. There’s been reports of some discussions between the Kings and Rodney, and maybe the Rockets and Rodney – I think the offer at this point would have to be stunning for the Cavs not to bring [Hood] back. They insist he is part of their plans.”

Hood, who the Cavs received from the Utah Jazz in a midseason trade, averaged just 10.8 points in 21 Cleveland games. In his last season in Utah, the swingman put up a career-high 16.2 points on 42 percent shooting in 39 games. While Hood’s statistics were underwhelming with the Cavs, there is optimism he can recover that offensive spark with James no longer dominating the ball.

At 25, the guard is just entering his prime. Next to fellow youth players Collin Sexton and Cedi Osman, the Cavs have a formidable young core to build a winning foundation upon for the next few years. That process will be consolidated with the team bringing back Hood.