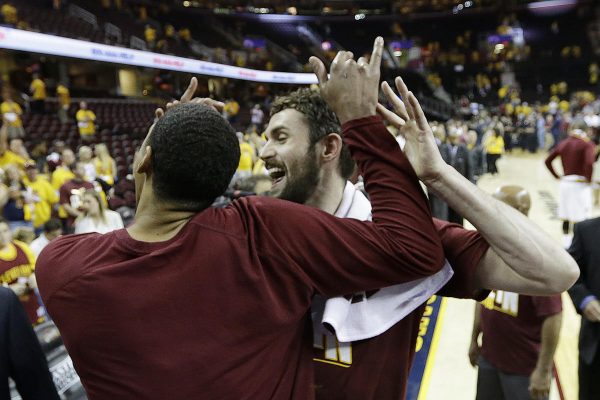 Cleveland Cavaliers fans received good news on Saturday when it was announced that former sharpshooting big man Channing Frye had agreed to a one-year, $2.4 million deal with the Cavs.

Frye had been a fan favorite over the years due to his gregarious personality and veteran presence both on and off the court.

Not only fans, but certain members of the Cavs were excited as well, with maybe the most hilarious reaction coming from Kevin Love.

@channingfrye saw this and had to do it…

Of course Love’s meme references LeBron James’ exclusive Sports Illustrated cover in 2014, when he announced that he was returning to Cleveland to play for the Cavs through the publication.

Frye now joins Love, J.R. Smith, and Tristan Thompson as the only members remaining from that memorable 2016 championship squad that famously came back from a 3-1 deficit in the NBA Finals to defeat the Golden State Warriors.