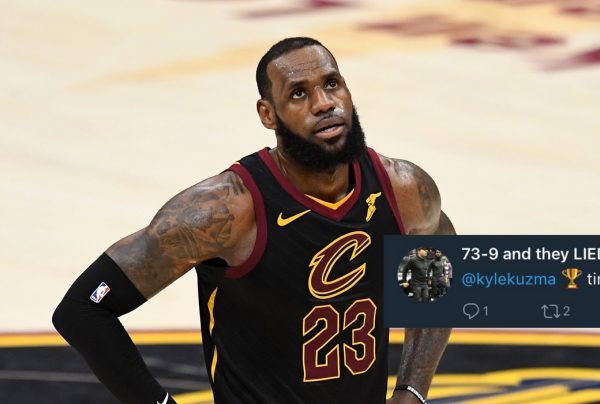 The entire basketball world has been searching for clues as to where LeBron James might be headed, and on Tuesday a fairly large bit of potential evidence revealed itself on Twitter.

While experts and fans alike have been looking for any information regarding James’ future, it turns out one of his friends has been dropping some not-so-subtle hints about the four-time MVP’s intent to sign with the Los Angeles Lakers.

It could have easily been mistaken for just another case of fake news. Thankfully, a 2016 tweet by James himself proves that he and the source have a long-term friendship.

James’ tweet from 2016 isn’t the only reason to trust Twitter user CuffsTheLegend. Back in July 2014, an Instagram page with the same username posted about James rejoining the Cleveland Cavaliers one day before he announced his return.

Great find on @NBA_Reddit: Same guy posted this on IG the day before LeBron’s return to Cleveland pic.twitter.com/nO50R0mPrW

It looks like James’ pal has some pretty good intel when it comes to the three-time NBA champion’s future.

Hopefully he’s just doing some classic internet trolling. If he’s not, it seems as though James’ days wearing the Wine and Gold are numbered.