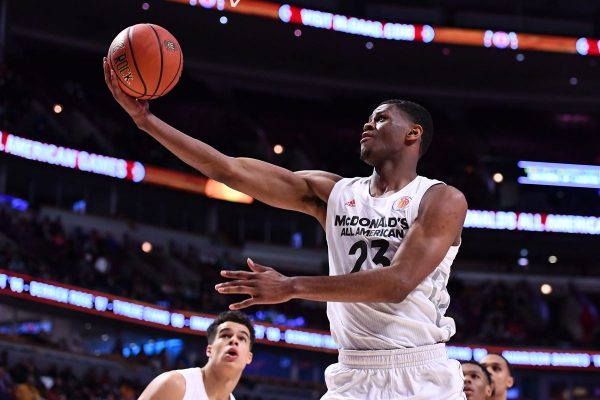 After the Cleveland Cavaliers chose University of Alabama guard Collin Sexton as the eighth overall selection in last Thursday’s NBA draft, their night of work had effectively ended. However, despite coming up short in acquiring a second-round pick, the Cavaliers did manage to sign three undrafted players for their summer league roster that offer plenty of intriguing possibilities.

Those three players are: forward Billy Preston from the University of Kansas; forward Bonzie Colson from the University of Notre Dame; and guard Dakota Mathias from Purdue University. The 6-foot-10 Preston never actually played an official game for the Jayhawks before he left due to off-the-court issues and then playing overseas. Both the 6-foot-6 Colson and 6-foot-4 Mathias played four years at their respective schools.

Preston is a former five-star recruit who has plenty of raw athletic talent when it comes to shooting, shot-blocking and defense. Colson racked up plenty of double-doubles during his time with the Fighting Irish, but missed most of this past season’s second half due to injury. Despite his size, he’s reported to have a 7-foot wingspan. Rounding out this trio, Mathias was a long-range threat for the Boilermakers and could potentially develop as an eventual replacement for the 37-year-old Kyle Korver.

The best-case scenario for the three players is that they make the final roster in October. However, a more realistic appraisal is that the trio develops their professional game for the year with the Canton Charge, the Cavaliers’ G League affiliate.

Cavs fans will be able to watch the three players when the team’s summer league squad begins their brief schedule in Las Vegas next month.