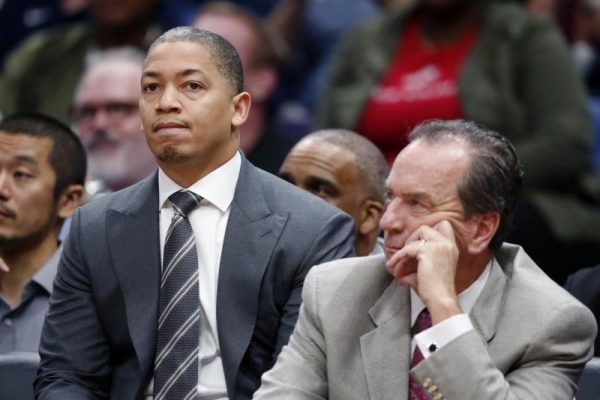 The Cleveland Cavaliers made one of their first big decisions of the 2018 offseason on Monday.

According to ESPN’s Dave McMenamin and Brian Windhorst, the Cavs have opted not to renew the contracts of two members of their previous coaching staff:

As a result, it appears that Dan Geriot, who worked with Handy on the developmental side, is expected to be promoted to take Handy’s place and assistant coach Damon Jones will also assume a more substantial coaching role.

Interestingly, one Cleveland reporter saw a potential link between Jones’ promotion and LeBron James‘ future with the team.

on the flip side, there's also this https://t.co/LImfiT8ztb

Jones spent three seasons of his 11-year NBA career playing for the Cavaliers and is a known close friend of James. It is possible that his reported promotion is a sign that James has given the Cavs some indication that he is interested in continuing his career in Cleveland.

Hopefully both Boylan and Handy will find success elsewhere in the league, and Geriot and Jones will prove that they are deserving of the promotions they will both likely receive.