Tyronn Lue Says Rodney Hood Will Get ‘Opportunity’ vs. Warriors 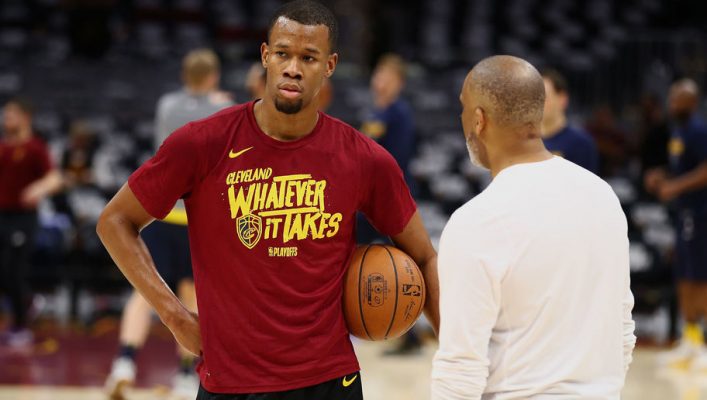 When Rodney Hood was traded to the Cleveland Cavaliers as a part of their slew of deadline deals back in February, many thought he would be among the most productive newcomers.

While he certainly had his moments in the regular season, Hood has been virtually invisible since his created controversy in Game 4 of the Eastern Conference semifinals by refusing to play garbage time in the game. The last truly impactful performance he enjoyed in this year’s playoffs was Game 1 of the Eastern Conference finals, when he scored 11 points in 19 minutes of play. Since then, he has only appeared in two games and has scored seven total points.

Despite that, Cavs head coach Tyronn Lue assured both Hood and fans that the 6-foot-8 guard will get an opportunity to make an impact in the NBA Finals.

Lue continued to express his confidence in Hood, and reiterated that his time is coming:

Hood was enjoying the best statistical scoring season of his career when he began the 2017-18 season with the Utah Jazz, averaging 16.8 points in 27.8 minutes per game. That production took a hit, however, when he joined the Cavs in February. If he was given the opportunity in the Finals and was somehow able to reclaim his production from earlier in the season, he could be the X-factor that the Cavs are looking for.

Lue’s words are certainly welcome news for Hood and for some fans who have been clamoring for his return to the rotation on social media. It remains to be seen if Game 2 will be Hood’s big opportunity or if Lue has other plans for the talented player.