Tyronn Lue Says Cavs Were ‘Robbed’ at End of Game 1 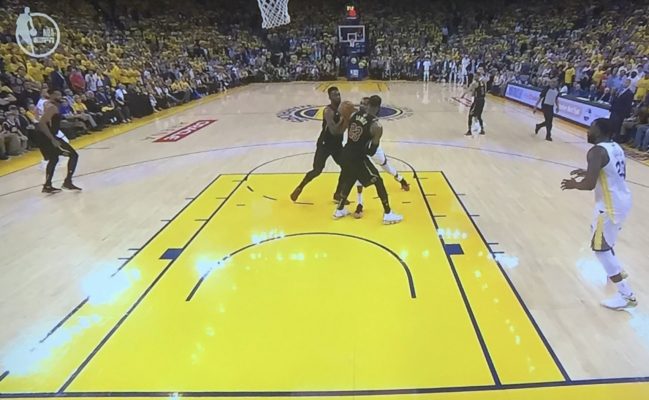 One of the more controversial plays of the Cleveland Cavaliers‘ overtime loss to the Golden State Warriors in Game 1 of the NBA Finals came with seconds left and the Cavaliers clinging to a one-point lead. That was when when a charging call on the Warriors Kevin Durant was overturned and LeBron James was instead assessed a foul. Cavs head coach Tyronn Lue was livid over the changed call during his postgame remarks, saying that his team was robbed.

Ty Lue comes to the @cavs defense and lays out the overturned charge call late in the fourth quarter. #WhateverItTakes | #NBAFinals pic.twitter.com/jQHlPNNNcK

Lue stated that when James was called for a block, it was something that had never been called before ever in NBA history. The fact that it came in a tight NBA Finals contest added to Lue’s frustration.

The play may have become a footnote in the contest had not the final seconds of regulation gone against the Cavaliers in such a aggravating way. That was when J.R. Smith made a colossal blunder by thinking the Cavs were leading when he grabbed a rebound in the closing seconds. That prevented Cleveland from getting off a final shot, with Golden State capitalizing fully in the overtime session.