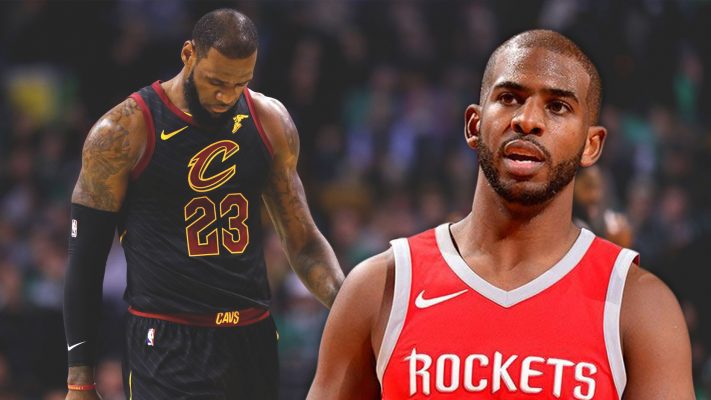 After a devastating 4-3 series loss to the Golden State Warriors, Chris Paul and the Houston Rockets are already thinking forward to next season, when Cleveland Cavaliers forward LeBron James will likely become a free agent.

According to Marc Stein of the New York Times, Houston’s starting point guard has already begun recruiting James to the Rockets:

“Don’t get me wrong: There will still be plenty of talk over the next two weeks about what James will do July 1 and the growing belief that he’ll be leaving his home-state Cavaliers this offseason to join a team better suited to consistently challenge Golden State. Rest assured that the Rockets’ understandably devastated Chris Paul — who made a fast exit from Toyota Center late Monday night after being forced to watch the biggest game of his life from the bench because of his hamstring injury — has already begun his recruitment of James to Houston.”

The Rockets were the closest team to dethroning the Kevin Durant-era Warriors thus far, but Paul’s catastrophic Game 5 injury forced him to sit out the final two games of the Western Conference finals, where the Rockets were effectively blown out.

James has a player option for next season, but it is almost a guarantee that he will opt out, and the potential destinations for now seem to be: Cleveland, Philadelphia, Los Angeles, and now Houston.