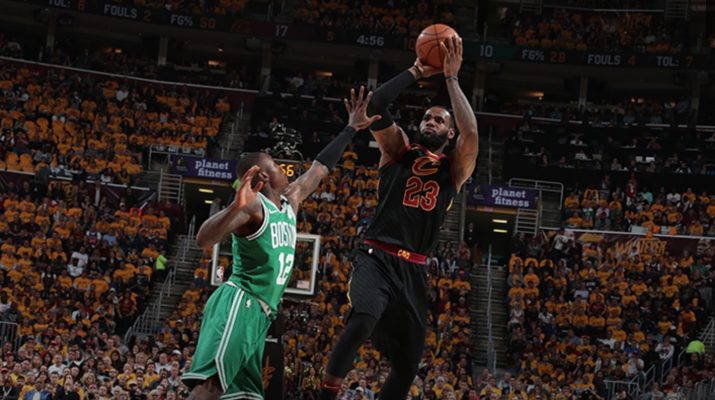 With 3:08 left in the second quarter of the Cleveland Cavaliers‘ Game 4 matchup against the Boston Celtics on Monday night, LeBron James etched his name in the record book once again. His field goal gave him 2,357 in that category in his playoff career.

LeBron just passed Kareem (2.356) for the most field goals in playoff history.#NBA

James passed Kareem Abdul-Jabbar and now stands atop the list, having compiled that mark by playing in over 200 games for both the Cavaliers and Miami Heat during his 15 year career.

During the first half of their game against the Celtics, James scored 22 points, helping the Cavs to a 68-53 lead at intermission.