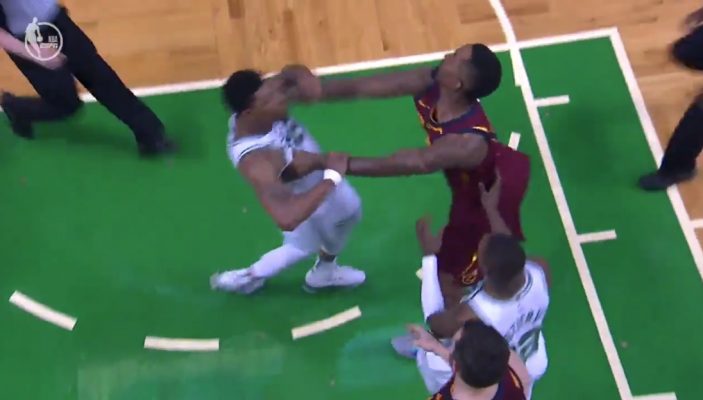 With 3:49 left in Game 2 of the Eastern Conference Finals, a near-fight took place after the Cleveland Cavaliers‘ J.R. Smith gave a push to Al Horford of the Boston Celtics. In the wake of the push, Smith was nearly attacked by the Celtics’ Marcus Smart, leading to technical fouls being assessed to both players. Smith was also assessed a flagrant foul for his push on Horford.

Marcus Smart was ready to throw #ThemHands after JR Smith pushed Al Horford from behind ? (via @DefPenHoops) pic.twitter.com/KLczyvM32m

Smith’s push was delivered in frustration as the Cavaliers watched a 55-48 halftime advantage disappear, with the incident coming as the Celtics were holding a 12-point lead at 99-89.

The Game 2 loss means the Cavaliers will head back to Cleveland trailing 2-0 in the series.