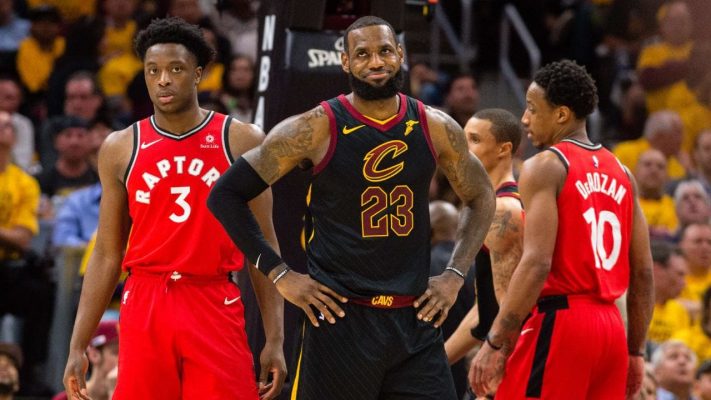 LeBron James has had the Toronto Raptors’ number for years. This season’s four-game sweep marked the third season in a row that the Cleveland Cavaliers succeeded in knocking the Raptors out of playoff contention.

Part of the reason why may be because James knows the Raptors better than they know themselves. According to former Cavaliers general manager David Griffin, James told the Raptors how to run their own plays during the team’s second-round series in last year’s playoffs.

Griffin retold the story on a recent episode of the “The Bill Simmons Podcast.”

“There’s literally nothing you can show him that he can’t do,” Griffin said. “There’s no play you’ll run against him he can’t name, and then go out there and teach your players how to do it better than anyone else.

“I was in the gym when I watched him on the floor against Toronto tell Patrick Patterson where he was supposed to go on the play they had called out of a timeout late in the fourth quarter. He was like ‘no Pat, you’re supposed to stand over there and set a pin down for DeMar (DeRozan) over here.'”

James’ confidence against the Raptors is well earned. In this season’s series he averaged an astounding 34.0 points, 11.3 assists, and 8.3 rebounds per game.

If history serves as a good predictor for the future, the Cavaliers will be heading to their fourth straight NBA Finals very soon.