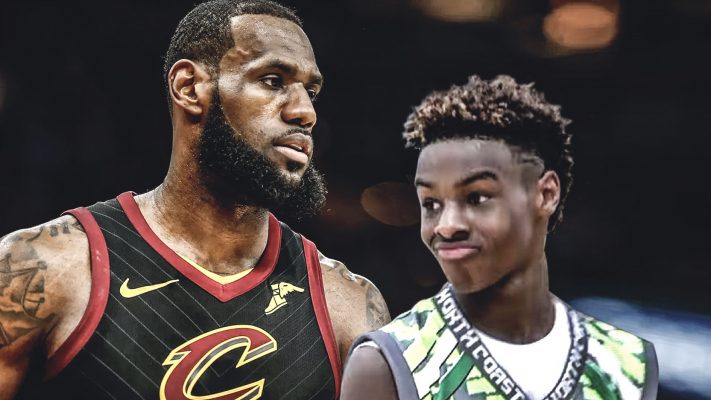 The dramatic game-winning shot from Cleveland Cavaliers forward LeBron James to win Game 3 of the Eastern Conference semifinals against the Toronto Raptors had the team’s fan base ecstatic over the clutch shot. However, in the opinion of James’ son, LeBron James Jr., the shot attempt was nothing unusual.

Joe Vardon of Cleveland.com spoke with the younger James to get his reaction to the basket that put the Cavaliers just one win away from sweeping the series. James’ son was sitting near the Cavaliers bench for the game, admitting that he joined in the enthusiasm unleashed by the sellout crowd of 20,562:

“I screamed a little,” Junior said.

However, the younger James also noted that such a result is almost routine, having seen his father connect for game-winning shots on multiple occasions:

The elder James disagreed slightly with that assessment, noting in his postgame remarks that his work ethic helped make it happen:

“I trust every shot that I’m going to take because I work on every shot,” James said.

Teammate Kevin Love confirmed James’ dedication when it comes to perfecting his craft:

“What you come to find out as his teammate and playing with him is that he practices those shots all the time and makes them all the time,” Love said.

Still, the risky nature of taking a one-handed, off-balance shot with the game on the line didn’t escape James’ notice:

“The level of difficulty of that is very difficult,” James said of the game-winner. “Don’t try it at home.”

James and the Cavaliers will be happy to score in a more normal fashion on Monday night if it helps them pick up another win and advance to the Eastern Conference Finals. That would most likely pit them against the Boston Celtics in a rematch of last year’s conference finals. Like the Cavs, the Celtics hold a 3-0 advantage in their series against the Philadelphia 76ers and will seek to close things out before the Cavaliers and Raptors take the court for Game 4.