Don't Miss
Home / Videos / Video: LeBron Scores on Lance Stephenson, Stares at Him All the Way Down Court

Video: LeBron Scores on Lance Stephenson, Stares at Him All the Way Down Court 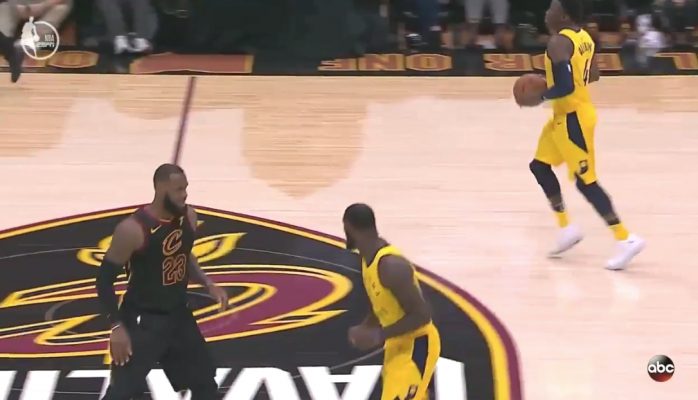 The Cleveland Cavaliers‘ weak first-half effort in Game 1 of their playoff series with the Indiana Pacers has seen few highlights thus far with the Cavaliers trailing 55-38 at the break. LeBron James leads the Cavs with 13 points during those first two quarters and after scoring two of those points in the second period, James made a point to stare down one his chief foils, Indiana’s Lance Stephenson.

The two players have a colorful history, with Stephenson having once blown into James’ ear during the latter’s time with the Miami Heat. More recently, Stephenson helped provoke James’ anger during a January game, which led to the 15-year veteran being assessed a technical foul.