Don't Miss
Home / Team News / Report: Cavs Have Plan in Place for Tyronn Lue as He Returns to Team’s Bench

Report: Cavs Have Plan in Place for Tyronn Lue as He Returns to Team’s Bench 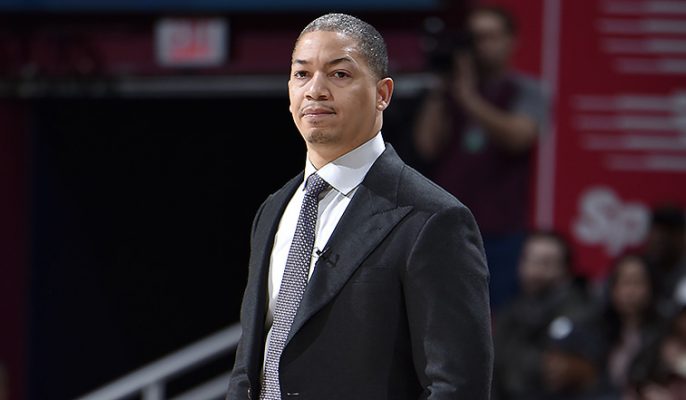 A definite plan is in place regarding the pending return of Cleveland Cavaliers head coach Tyronn Lue to the team’s bench. During the pregame press conference before Friday night’s win over the New Orleans Pelicans, assistant coach Larry Drew indicated that the Cavaliers front office is working in conjunction with Lue when it comes to taking the proper steps toward a return. That cautious approach is meant to avoid the possibility of a relapse of the problems Lue’s been experiencing, especially with the postseason just a few weeks away.

The Cavs have a plan for Ty Lue as he returns to the bench. #Cavs https://t.co/MJzln4T98Q

“I know he’s itching to get back,” Drew said, before the Cavs hosted the Pelicans. “He’s talked to management here in the organization and they’ve come up with a plan as far as when it’s time for him to come back how often he’ll be around and how they want to move forward as far as him getting used to getting back into the grind.

“They’ve already discussed that and we’ll see what it is.”

Lue was given an indefinite leave of absence by the team on March 19, two days after he left the bench during the Cavaliers’ road win over the Chicago Bulls. The departure marked the third time this season that Lue had left a game because of health concerns. Subsequently, it was disclosed that Lue had been dealing with health problems like chest pains and lack of sleep.

Prior to Friday night’s game, Lue came to Quicken Loans Arena and visited with members of the coaching staff, team and support staff.

During Lue’s absence, the Cavs have won six of their last seven games, with six contests left in the regular season. The first of those matchups comes on Sunday night, when the Cavaliers host the Dallas Mavericks, with tipoff set for just after 6 p.m.